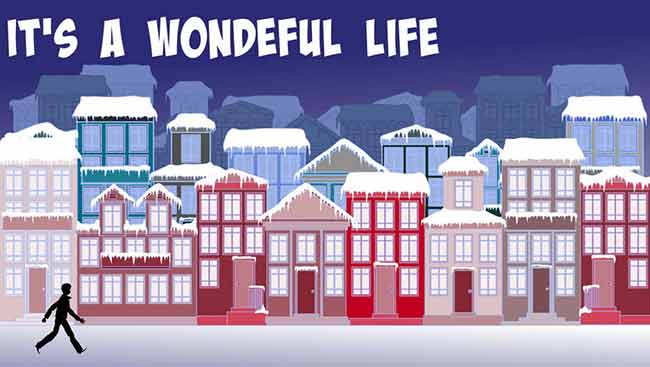 If the Christmas tree lights are twinkling, then “It’s a Wonderful Life” is on TV — watching the classic film is a holiday tradition for many. When the film was released in 1946, however, movies were often also adapted as radio plays and performed for a live studio audience. Travel back in time as New York’s Roebuck Theater sets “It’s a Wonderful Life: A Live Radio Play” as a broadcast in the ’40s. Using only sound effects, the ensemble re-enacts the story of George Bailey, a young man whose dreams of traveling the world are thwarted by his sense of responsibility to the family business. Disheartened and down on his luck, Bailey considers ending his life. Right as he starts to jump, an angel arrives to show him how the lives of his loved ones would be affected if he weren’t around. The message of “It’s a Wonderful Life: A Live Radio Play” remains as profound and relevant today as ever.