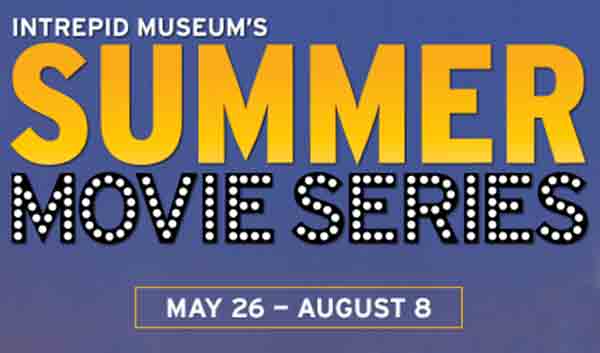 Admission tickets (free of charge) will be distributed on a first-come, first-served basis before the screening. Space is limited.

Watch a free movie under the stars! Sit back on the ship’s flight deck, and take in a great movie, the city skyline and a view of the Hudson. You’re welcome to bring lawn chairs and blankets, as well as food and non-alcoholic beverages to enjoy during the show.

The flight deck opens at 7:00pm, and the movie begins at sunset, weather permitting.