InsightALT: Sherlock Holmes and the Case of the Fallen Giant 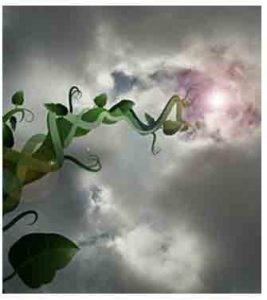 Tickets are $25 ($125 VIP tickets include prime seating and a reception with the artists) and are available online at http://www.kaufmanmusiccenter.org/mch/event/insightalt-sherlock-holmes-the-case-of-the-fallen-giant/ or by calling the Merkin Concert Hall box office at (212) 501-3330.

“The stories I loved best, when I was young, were full of magic. Wardrobes led to other lands, rings made you invisible, twisters picked up your house and dropped you in the middle of a grand adventure. Evan and I were excited by what might happen if we brought Sir Arthur Conan Doyle’s iconic heroes into a place that had held onto its sense of fairy tale wonder and infinite possibility. We want to write the sort of opera that we’d like to see and hear — a story with big characters (literally!), high stakes, bold choices, and music you’ll remember.  We’re having great fun working on it.”  – E. M. Lewis, Librettist

“As a composer, this Sherlock Holmes/Fairy Tale mash-up presents a number of rich musical and dramatic possibilities. I am excited at the prospect of inventing the musical world of Victorian-era Baker Street, and developing a fitting musical setting for the iconic characters of Holmes and Watson. This world will stand in stark contrast to the fantastical fairy-tale into which our mystery leads. Additionally, the idea of importing a detective story into the operatic genre gives me the opportunity to add a parallel musical layer to the story, where I can embellish the mystery, creating subtle musical clues and puzzles.” – Evan Meier, Composer

Sherlock Holmes and the Case of the Fallen Giant was commissioned by American Lyric Theater and Developed under the auspices of the Composer Librettist Development Program with Lawrence Edelson as Producing Artistic Director.

Librettist E. M. LEWIS joined American Lyric Theater’s Composer Librettist Development Program in 2013. She worked with composer Evan Meier on a chamber opera entitled The Resurrection Engine, and with composer Clarice Assad on The Crossing (a semi-finalist for Arizona Opera’s “Arizona Bold” program). Her award-winning plays have been produced around the world, and are published by Samuel French. She received the Steinberg/ATCA New Play Award for Song of Extinction and the Primus Prize for Heads from the American Theater Critics Association, and the Ted Schmidt Award for Outstanding Writing of a World Premiere Play from the Los Angeles County Drama Critics Association. Recent productions include The Gun Show at 16th Street Theater in Chicago, Moving Arts in Los Angeles, and Passage Theater in Trenton; and Heads at Theater for the New City in NYC.  EM is a proud member of the Dramatists Guild and ASCAP; she lives in Oregon.

DANIEL T. CURRAN is quickly gaining a reputation for his intensely intelligent performances on opera, theatre, and concert stages throughout the United States. This season’s engagements include performances of the roles Remendado in Carmen with Opera San Antonio, a reprisal of the role of Tybalt in Roméo et Juliette with Tampa Opera, Sherlock Holmes in Sherlock Holmes and the Case of the Fallen Giant at American Lyric Theater, Ernesto in Don Pasquale at Zomeropera, Ship Victor in Libby Larsen’sFrankenstein and Laertes in Hamlet at West Edge Opera, and, in concert, a performance of Mozart’s Requiem with National Chorale and a solo in Handel’s Messiah with Rochester Chamber Orchestra. Recent engagements include performances of the roles of Aristeus and Pluton in Virginia Opera’s production of Offenbach’s Orpheus in the Underworld, Cassio in Boston Youth Symphony Orchestra’s production of Otello, Ernesto in Don Pasquale with Opera on the James, Tony in a concert version of West Side Story with Experience Symphoria, Ernesto in Don Pasquale at Opera on the James, and Tybalt in Roméo et Juliette at Opera Grand Rapids and Lyric Opera of Baltimore.

Coloratura soprano SHARLEEN JOYNT has been praised for her “silvery, sparkling, substantial and resonant soprano” (Die Deutsche Bühne), and “an artistic command that leaves the listener breathless” (Deutschland Radio).” During the 2015/2016 season, Sharleen starred as Christine in the CanStage and Soundstreams co-production and North American Premiere of Belgian composer Philippe Boesman’s Julie, based on the 1888 Strindberg play, “Miss Julie”, and as Galatea in Acis & Galatea, making her Opera Piccolo San Antonio debut. In 2016/17, she joins the Orlando Philharmonic as Cunegonde for a concert staging of Candide, and reprises Queen of the Night in The Magic Flute with Pacific Opera Victoria. For the Thunder Bay Symphony, she sings Mahler’s Symphony No. 4, and will be heard with Symphony Nova Scotia in Claude Vivier’s Lonely Child and with the Victoria Symphony in a New Year’s gala devoted to operetta. Further highlights include Blonde in Die Entfuhrung aus dem Seraglio in Augsburg, Germany, Zerlina with Against the Grain Theatre in #UncleJohn, a modern adaptation of Don Giovanni, both in Toronto and at Ottawa’s Chamberfest, her Chinese debut as Zerbinetta in Oper Leipzig’s productionAriadne auf Naxos, and as a cover artist for the Metropolitan Opera.

Lyric soprano JENNIFER BLACK is “gleaming and glorious, with wonderful nuances of light and shade and complete dynamic control.” (Santa Fe New Mexican) This season Black can be seen as Merilee the Giantess in Sherlock Holmes and the Case of the Fallen Giantwith American Lyric Theatre and as soprano soloist for Strauss’ Four Last Songs with Ridgefield Symphony, Wagner’s Tristan und Isolde with Chamber Orchestra of San Antonio,and Beethoven’s Symphony No. 9 with Phoenix Symphony. She also returns to The Metropolitan Opera for their production of Jenufa. Recent seasons saw her Munich Philharmonic début performing Musetta in La bohème; her Santa Barbara Symphony début performing Mahler’s Symphony No. 2;and a return to the Castleton Festival as the soloist in Mahler’s Symphony No. 4.  On the opera stage, she performed the role of Mimì in La bohème in her Seattle Opera début; Bea in Jake Heggie’s Three Decembers with Atlanta Opera; Juliette in Roméo et Juliette in a return to Arizona Opera; Norina in Don Pasqualein a return to the Théâtre du Capitole de Toulouse in her role début; and she dazzled audiences in her show-stopping performance as Lida in La battaglia di Legnano with Sarasota Opera.

Mezzo-Soprano BLYTHE GAISSERT has established herself as a fresh and exciting artist in great demand in the United States for opera, concert and recital engagements. This season, Ms. Gaissert will be singing Cleopatra in Berlioz’ La Mort de Cleopatra with On Site Opera in NYC;  Hannah After in As One with Opera Colorado and San Diego Opera;  Annie Palmer in Brian Schooners Monodrama White Witch at Roulette in Brooklyn; and concerts with EnsembleSRQ, and National Chorale at David Geffen Hall.  Ms. Gaissert has worked at the Metropolitan Opera on Robert LePage’s groundbreaking production ofDie Walkure, and covered the role of 2nd Secretary in Nixon in China. She has also covered both the title role of Mary and the role of Martha in the new Peter Sellars staging of John Adams dramatic oratorio The Gospel According to the Other Mary with The Los Angeles Philharmonic both in the US and on tour to London, Paris and Lucerne.  Other roles include: Carmen, Prince Orlovsky, Mere Marie, Suzuki, Dido, Lucretia, Maddalena, and Ruggiero. She has premiered and workshopped numerous new operas and chamber works including pieces by Gyorgy Ligeti, Louis Andriessen,  Renee Favand-See, Aleksandra Vrebalov, Dean Drummond, Michael Sahl, Alden Terry, Martin Hennessey, Mohammed Fairouz, Gabriel Kahane, Matthew Harris,  and others. Ms. Gaissert is a member of the classical alt/rock ensemble The Knells and chamber trio I the Siren, which strives to present both commissioned and traditional works in a new and more theatrical way.

Praised for his “polished baritone and acting skills” and “sterling musical and physical work,” baritone STEVEN EDDY is a versatile young performer with a broad repertoire spanning opera, oratorio, and art song. He has performed with such companies as Fort Worth Opera, Opera Saratoga, LoftOpera, and the Aspen Opera Theater Center in a wide variety of roles, including Charlie (Three Decembers), Ponchel (Silent Night), Dancaïre (Carmen), Harlekin (Ariadne auf Naxos), and Raimbaud (Le comte Ory). An avid concert performer and Baroque music specialist, Mr. Eddy has appeared with Seraphic Fire, American Classical Orchestra, Choral Arts Philadelphia, American Symphony Orchestra, Handel Choir of Baltimore, New York Virtuoso Singers, Bach Vespers at Holy Trinity, The Choralis Foundation. As a recitalist, he made his New York recital debut as a winner of the 2015 Joy In Singing Music Sessions, and has also performed in recital with the Aspen and Tanglewood Music Festivals, SongFest at Colburn, and the Brooklyn Art Song Society. For more information, please visit Mr. Eddy’s website at www.steveneddybaritone.com.

JORGEANDRÉS CAMARGO, Bass, is a native of Houston, Texas. He attended the High School for the Performing and Visual Art and graduated with a major in Vocal Music. Soon after, he moved to upstate New York where he received a BM from the Eastman School of Music. Mr. Camargo then pursued his MM from Boston University, studying with Jerrold Pope and working with the Opera Institute, where he received his Performance Certificate. Some roles performed include Leporello from Don Giovanni, Don Alfonso from Cosí fan tutte, Bartolo from Le nozze di Figaro, Kecal from The Bartered Bride, Geronimo from Il matrimonio segreto, Capitán from Florenica en el Amazonas, Prophet/King from Dark Sisters, Quince in A Midsummer Night’s Dream, and Roy Cohn in Angels in America. He has previously worked with Ojai Music Festival, CoOperative, Crested Butte Music Festival, Opera Breve, and most recently with Boston Lyric Opera. Upcoming performances include Pistola in Falstaff and Dr. Specialist in The Cradle Will Rock with Opera Saratoga in July 2017.

With performances that have been called poetic, earthy, vigorous and highly individual, conductor ARI PELTO is in demand at opera houses, ballet companies, symphony orchestras and conservatories throughout the United States. After his highly praised 2004 début at New York City Opera with La Traviata, he returned for Madama Butterfly, Jennifer Griffith’s The Dream President, La Bohème, and Carmen.Recent highlights include Aidaand The Scarlett Letter at Opera Colorado where he is Music Director; The Cunning Little Vixen at Chautauqua, Rusalka at Boston Lyric Opera, Romeo et Juliet at Minnesota Opera,The Magic Flute and Le Nozze di Figaro, at Portland Opera and Hansel und Gretel at Utah Opera.Past successes include two tours of Western Opera Theater (San Francisco Opera’s national touring company) conducting La bohème and Cosi fan Tutte across twenty states. He premiered new productions of Le Nozze di Figaro and Falstaff at the New National Theatre, Tokyo, where for eight years he was engaged as a regular faculty member and conductor. Ari Pelto is on the conducting faculty at Oberlin in Italy, where this year he conducts L’elisir d’amore.