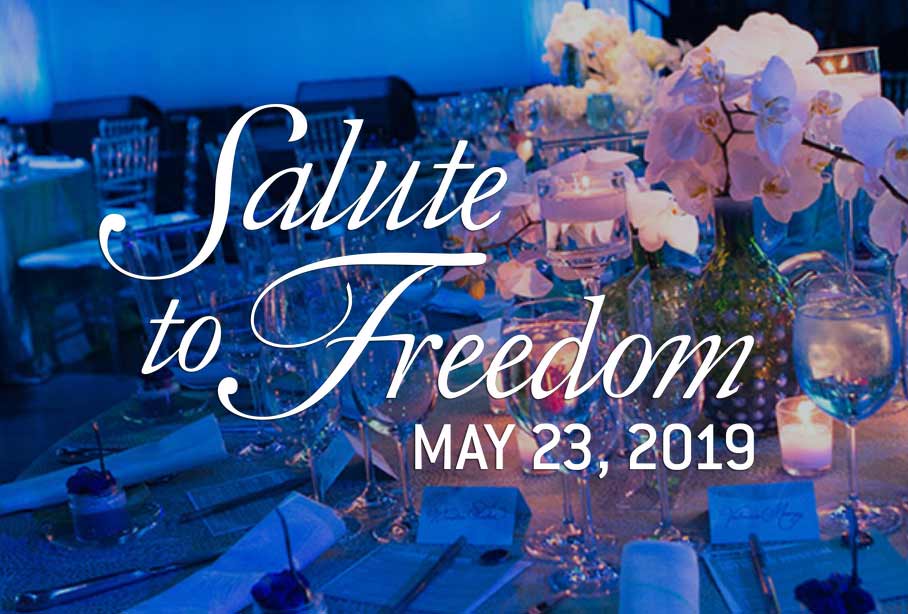 Honorees at the 2019 Salute to Freedom Gala at the Intrepid Sea, Air & Space Museum

NEW YORK (May 8, 2019) – The Intrepid Sea, Air & Space Museum will honor the contributions of General Joseph L. Votel, United States Army (Ret.); Frank Bisignano,chairman and CEO of First Data; and NASA trailblazer Margaret Hamilton at the 2019 Salute to Freedom gala on Thursday, May 23, aboard the historic aircraft carrier Intrepid.Salute to Freedom recognizes extraordinary leadership and honors the brave men and women who serve in defense of our nation. Cocktails begin at 6:00 p.m.; the dinner and awards program begins at 7:00 p.m.

General Votel will receive the 2019 Intrepid Freedom Award for his distinguished service promoting and defending the values of freedom and democracy as a four star general of the U.S. Army, and for 40 years of service to our nation. General Votel recently retired after serving as the 13th commander of the United States Central Command, which oversees U.S. military operations in parts of Asia and the Middle East.

Mr. Bisignano will receive the 2019 Intrepid Salute Award in honor of his outstanding business and philanthropic achievements, particularly in recognition of his leadership role with First Data Salutes. Through this company-wide military engagement initiative, First Data Salutes provides the military community with career opportunities, best-in-class education resources, and premier business solutions for veteran-owned businesses. Bisignano supports numerous philanthropic organizations, including the Mount Sinai Health System, The Perelman Center for Performing Arts and PENCIL, an organization that brings together business professionals with students and educators.

As the nation commemorates the 50th anniversary of the Apollo 11 moon landing, the Museum will recognize the pioneering achievements of Ms. Hamilton with the Intrepid Lifetime Achievement Award. As a computer scientist at MIT, Hamilton led the team that developed the navigation and guidance software that was instrumental in Apollo 11’s success. She previously was awarded the Presidential Medal of Freedom by Barack Obama for her contributions. Hamilton now serves as the CEO of Hamilton Technologies, Inc., a company she founded.

“We are honored to recognize the accomplishments of three remarkable individuals whose efforts to advance our nation and make positive change in the world have exceeded the call of duty,” said Susan Marenoff-Zausner, president of the Intrepid Sea, Air & Space Museum. “General Votel’s tireless record of service and leadership to our country is exemplary. Frank Bisignano’s longstanding dedication to education, as well as serving military families and veterans, has impacted countless lives. Margaret Hamilton’s groundbreaking work has taken humanity beyond what was thought possible, and continues to inspire all who walk through the Museum’s doors. We are thrilled to celebrate them and thank them for all they’ve done.”

The Salute to Freedom gala brings together leading members of the business, education, government, military and scientific communities to help support the Museum’s mission. It provides crucial funding for programs and exhibits that explore the intersection of history, science and service, connect new generations of leaders and innovators to our nation’s history and STEAM principles, and create a supportive space for veterans and service members to find community and readjust to civilian life.

For more information or to purchase tickets, visit this page…