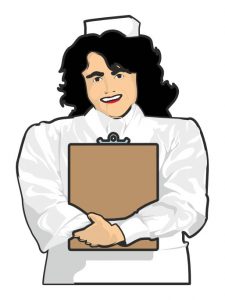 Updated Info on the Parade:

The Ticker Tape Parade will kick off on Wednesday, July 7th at 11:00 AM from Battery Park and travel north along Broadway to City Hall.

Sandra Lindsay, the Queens nurse who became the first person in the United States to receive a COVID-19 vaccine, will lead the parade and serve as Grand Marshal. Mayor de Blasio will march alongside hospital workers.

The parade will feature 10 bands and 14 specialty vehicles. Live acts performing during the parade will include The World’s Best 80’s Band, Jessie’s Girl.

Floats will depart in the following order, beginning with the first departure at 11:00 AM:

NEW YORK—Mayor de Blasio today announced honorees for New York City’s “Hometown Heroes” parade and ceremony, which will depart from Manhattan’s Battery Park at 11:00 AM on Wednesday, July 7th. The parade, which will honor all the essential workers who brought New York City through the worst of the COVID-19 pandemic, will feature 14 different floats, making it one of the largest ticker tape parades in the city’s history. Queens nurse Sandra Lindsay, the first person in the United States to receive the COVID-19 vaccine, will serve as the parade’s Grand Marshal.

“Good Morning America” co-anchor Robin Roberts will host a ceremony in City Hall Park at the parade’s conclusion to publicly thank these workers and celebrate the Summer of NYC. The ceremony will feature a performance from the Northwell Health Nurse Choir, recently featured on “America’s Got Talent.”

“The Summer of New York City is underway, and the beating heart of our recovery is the gratitude and respect we all share for the essential workers who brought this city out of a crisis,” said Mayor Bill de Blasio. “This celebration will honor all those who fought through adversity and unprecedented challenges to keep New Yorkers safe. I can’t wait to celebrate alongside them.”

“It is truly an honor and privilege to serve as the grand marshal in the Hometown Heroes ticker tape parade and represent all health care and essential workers whose heroic efforts saved lives during the COVID-19 pandemic,” said Sandra Lindsay, Director, Nursing Critical Care at Northwell Health and the first person in the United States to receive the COVID-19 vaccine.

“It being the 125th anniversary of New York City’s ticker tape celebrations, this is arguably the most important of them all.  From being the epicenter of the global pandemic, to being the forefront of recovery, on behalf of all City agencies, it is our privilege to honor all of our hometown heroes, and truly show the world there is no stopping New York,” said Dan Gross, Executive Director of Citywide Events.

Fourteen floats, representing 260 different groups of essential workers, will join the parade down the Canyon of Heroes. These categories include: