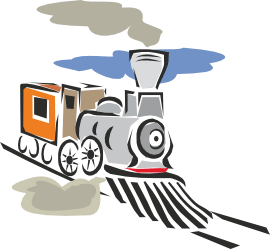 at the NY Botanical Garden

This cherished tradition delights people of all ages. Marvel at the charming model trains and New York City landmark replicas, stroll the spectacular grounds, decorate (and eat!) gingersnaps, break for lunch and hot chocolate, and shop for everyone on your list.

Get Your Tickets Here

This cherished tradition delights people of all ages. Marvel at model trains zipping around New York landmark replicas in the warm Enid A. Haupt Conservatory, stroll the spectacular grounds, enjoy hands-on holiday fun for the entire family, and get your holiday shopping done too!

Advance reservations are strongly recommended as tickets do sell out.

About the Holiday Train Show:
Within the enchanting setting of the Enid A. Haupt Conservatory, large-scale model trains cover a wide variety of ground—a quarter-mile of track, to be specific—and travel over bridges and past replicas of New York landmarks made of plant parts such as nuts, bark, and leaves. Show favorites include the Statue of Liberty, Rockefeller Center, and Brooklyn Bridge. The Artist’s Studio provides an insider’s look at how the replicas are constructed and, new this year, features a showcase of unique and historic model trains.

About the Designer:
Paul Busse and his team at Applied Imagination have collaborated with the Garden since the inception of the Holiday Train Show in 1992. The collection now numbers more than 140 replicas!