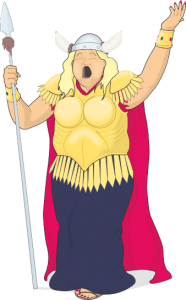 Holiday Season at the Metropolitan Opera

This December and January, the Metropolitan Opera is featuring some of its most accessible and popular titles. With tickets starting at just $25, it’s easy for New Yorkers and tourists alike to give themselves or their loved ones the gift of a trip to the Met.

Engelbert Humperdinck’s fairy tale adaptation Hansel and Gretel returns to the Met on December 18th in a spectacular English-language production. This holiday presentation features special weekday matinees and discount pricing designed to make the Met affordable for families with children.

Verdi’s romantic tragedy returns to the Met with two spectacular sopranos sharing the role of Violetta, the tragic courtesan who is one of opera’s most famous heroines. Marina Rebeka stars in the first eight performances, with Sonya Yoncheva taking over the role in mid-January.

See advance rehearsal video from this production on the Met’s YouTube channel.

Verdi’s grand-scaled epic Aida returns to the Met stage on December 26 with rising American soprano Tamara Wilson in her Met debut as the title princess.