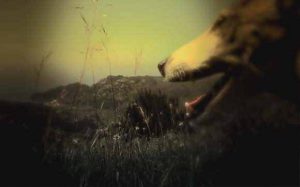 Heart of a Dog

(New York, N.Y.) December 22, 2015—Laurie Anderson adapts her feature film, Heart of a Dog, which has been short-listed for an Academy Award, for Times Square. This unique edition of the film will be shown on Times Square’s electronic billboards from 11:57 pm to midnight from January 1 to 31st. This project is a part of Midnight Moment, a monthly presentation by The Times Square Advertising Coalition (TSAC) and Times Square Arts.

On January 4, Anderson will be on site for a special live performance, joining NYPD canine handlers and their dogs for a gathering that will begin at 11:30 pm on Duffy Square (between 46th and 47th Streets) and culminate in the 11:57 viewing of the work.

The event will be free and open to the public. Headphones will be distributed between 11:00 and 11:15 pm (first-come, first-served) and the public is encouraged to bring their own dogs.

Heart of a Dog is a collection of stories about dogs, time, family, love, memory and death. In the middle of the film there is a sequence from “The Tibetan Book of the Dead” that describes the transition of energy and consciousness at the time of death. In this portion of the film, which is the section that will be shown in Times Square, Anderson creates a visual song, filled with a wild collage of images. The video changes point of view frequently, shifting from a dog’s eye view to the lens of a surveillance camera to free floating pictures that move through your mind in dreams and memories.

Artist Laurie Anderson said, “I love Times Square. It’s a dream. Desire, speed, the explosions of color, patterns and energy. What a great way to start the New Year! The ball drops and “Heart of a Dog” leaps onto all those massive screens at three minutes to midnight. Who could have predicted the unraveling dreams of my dog would be magnified up there like this? And sound too!”

Tim Tompkins, President of the Times Square Alliance, said, “Laurie’s film brings our collected memories into the New Year through a layered and dense moving photo album of our minds.”

Sherry Dobbin, Times Square Arts Director, said, “Laurie crafts journeys – alternative narratives, ones that seduce us into a sharing of mutual discovery.  This Midnight Moment transposes her legendary cadence through a diverse visual language, one with which we can identify past and present as well objective and sentimental observance.”

Fred Rosenberg, President of the Times Square Advertising Coalition, said, ““Heart of a Dog” gives TSAC such a wonderful opportunity to use our signs to celebrate a New York heroine of the cultural scene.”

Times Square Arts, the public art program of theTimes Square Alliance, collaborates with contemporary artists and cultural institutions to experiment and engage with one of the world’s most iconic urban places. Through the Square’s electronic billboards, public plazas, vacant areas and popular venues, and the Alliance’s own online landscape, Times Square Arts invites leading contemporary creators to help the public see Times Square in new ways.  Times Square has always been a place of risk, innovation and creativity, and the Arts Program ensures these qualities remain central to the district’s unique identity. Generous support of Times Square Arts is provided by the New York State Council on the Arts, the New York City Department of Cultural Affairs, and the National Endowment for the Arts. Visit http://www.timessquarenyc.org/times-square-arts/index.aspx for more information. Follow us on Twitter and Instagram at @TSqArts.

Laurie Anderson is one of America’s most renowned – and daring – creative pioneers. She is best known for her multimedia presentations and innovative use of technology.  As writer, director, visual artist and vocalist, she has created groundbreaking works that span the worlds of art, theater, and experimental music. Visit www.laurieanderson.com for more information.