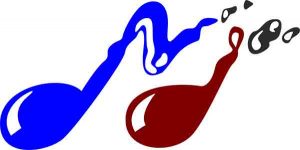 Suzann Christine is a R&B/Pop Recording Artist Known for her soulful and audacious style. Additionally, she has opened up for some of your favorite artist such as Keyshia Cole, SWV, Babyface, The Whispers and more.

Tim “Smithsoneon” Smith is an American drummer/ singer/ songwriter born in Pittsburgh, PA. He has performed with artists such as Kenny Garrett, Bilal, Ana Wise, Alex Han, Renee Neufville, Big Yuki and many others. In addition, he has his own band called “Freelance”; a band in which he is the lead singer as well as one of the main songwriters.

This day of live music will be hosted by Milllion Watts founders DioMara & Dot Cromwell, with sounds by Lux Audibles.

Performances will begin at 1:00 pm sharp, so early arrival is encouraged!