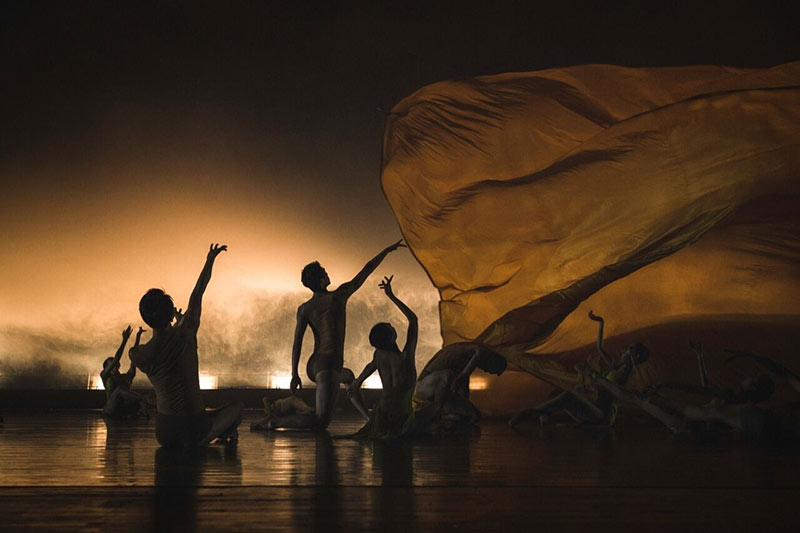 at Lincoln Center for the Performing Arts

China Arts and Entertainment Group Ltd. presents the Guangzhou Ballet on Saturday, August 17, 2019 at 8:00 pm and Sunday, August 18, 2019 at 1:00 pm at the David H. Koch Theater at Lincoln Center for the Performing Arts, 20 Lincoln Center Plaza, NYC. Tickets start at $50 and can be purchased online at https://davidhkochtheater.com/season-tickets/19-20-season/guangzhou-ballet.aspx, by phone at 212-496-0600, or by visiting the David H. Koch Theater Box Office at 20 Lincoln Center Plaza.

China Arts and Entertainment Group Ltd. (CAEG) returns to the David H. Koch Theater with two ballet productions, Carmina Burana and Goddess of the Luo River, performed by the Guangzhou Ballet. Winner of 42 international awards and 159 national awards, Guangzhou Ballet is one of the most outstanding artistic performance organizations in China. Currently, Guangzhou Ballet has a wide repertoire of 18 large-scale dance operas and more than 70 small and medium-sized programs. It has toured in more than 20 countries and regions, such as Russia, the United Kingdom, Canada, France, Australia, and Germany among others.

Also, here’s a video from a past performance of theirs:

Carmina Burana is the most complete and artistic medieval poem ever known. For centuries, it was buried deep in a monastery south of Munich, Germany, and then made public, shocking the world. The Guangzhou Ballet’s contemporary version of ballet Carmina Burana is not a classical ballet in the usual sense, but an exploration and attempt of ballet and medieval poetry, aiming at the perfect integration of medieval poetry and music. Moreover, western poetry and music is performed and interpreted by the Chinese ballet dancers which integrating different cultural essence. Within a unique range, it expands the bridge between different cultures, reduces the estrangement between different cultures, and makes this work full of appreciation of culture and promotion.

Goddess of the Luo River was recomposed by Peter Quanz based on violin concerto of Composer Du Mingxin, the music style features rising and grand as well as eastern classic lasting appeal, established the romantic solemn and stirring emotion atmosphere in the emotional tone of the whole play, dance music is driving the plot forward like floating clouds and flowing water. Scenarists changed the frank and vehement of Chinese folk words to deep and sincere, mellow and full rhyme, changed tautology and unplanned actions into simplicity and connotation, express the emotion of “your heart likes my heart” with dancer replacing “my heart,” I will never live up to my lovesickness. 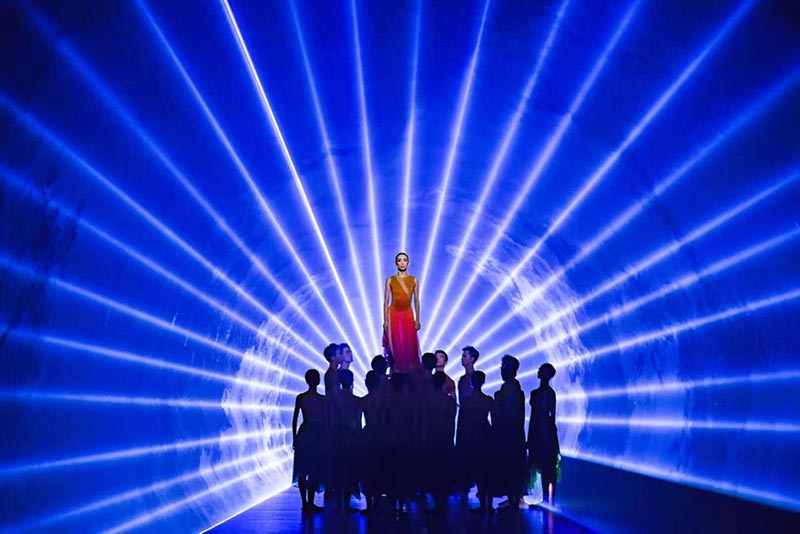 Founded in 1993 by Zhang Dandan, a former dancer with the National Ballet of China, the Guangzhou Ballet is a classical ballet company based in Guangzhou, China. Currently, the Company has a wide repertoire of 18 large-scale dance operas and more than 70 smaller programs. Guangzhou Ballet has performed many standardsfrom the classical Western ballet repertoire, such as Coppélia, Don Quixote, Le Corsaire, Swan Lake, La Sylphide, and Balanchine’s Theme and Variations and Serenade.In addition, it has staged works of classical and contemporary Chinese ballets, including Lanfang Mei; The Butterfly Lovers; That Day, This Moment; Lan Huahua; Goddess of the Luo River; The Dream of the Red Chamber; and The Yellow River.

Guangzhou Ballet has been recognized with more than 40 international awards and more than 150 awards in China. Their 1997 production of The Celestial Phoenix won several awards from the Fifth China Drama Festival. Their 2009 world premiere production of Return on a Snowy Night, with choreography by Fu Xingbang, was awarded First Prize in the seventh Guangzhou Art Awards, and was awarded the 13thWenhua Award by the Chinese Ministry of Culture.

As China’s sole central state-owned cultural enterprise that has performance and exhibition business worldwide, China Arts and Entertainment Group Ltd. (CAEG) has developed a nationwide market network of international performing arts, art exhibitions, cultural tourism and theater operation, and set up branches in major cities in China as well as some European and American countries. As the largest importer of international performances and exhibitions in China and the world’s largest exporter of Chinese performances and exhibitions, CAEG stages on average over 4,000 different kinds of performances, exhibitions and other cultural activities in over 200 cities in dozens of countries and regions, attracting over 10 million attendees every year.