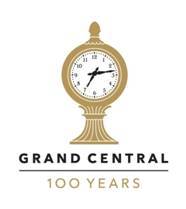 One hundred images will be on display at Grand Central Terminal’s Vanderbilt Hall for the “Great East Japan Earthquake Press Photo Exhibition,” which offers an opportunity to both remember the earthquake and tsunami that devastated the Tohoku region in 2011, and gain a sense of the progress made towards the region’s recovery. The exhibition will be divided into zones, each reflecting a piece of the timeline of the region before, during and after the earthquake and tsunami. The images tell a story of the physical transformation and the emotional effects of what happened in Japan.

Presented by The Asahi Shimbun, Japan’s leading national newspaper, and Mitsubishi Corporation, the exhibition has been traveling the world since 2012, and comes to New York to mark the third anniversary of the earthquake.

As part of the exhibit, a special section entitled “Thanks America” will be displayed to express Japan’s appreciation to those in the United States who helped and continue to help Japan through this difficult period. In addition, a renowned artist from Japan will display her brushed works of calligraphy to commemorate the opening of the event.

The “Great East Japan Earthquake Press Photo Exhibition” is free and open to the public.