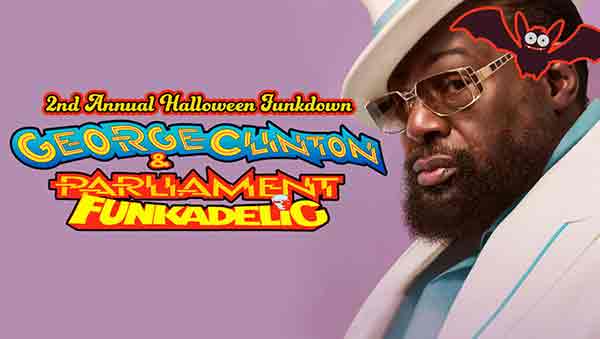 Funkmaster George Clinton revolutionized the R&B scene of the ’70s by incorporating the sound of his ’60s psychedelic acid heroes — think Jimi Hendrix, Frank Zappa and Sly Stone. Separate but equally mighty entities, Parliament/Funkadelic produced over 40 hit R&B singles, one of which rode on the waves of psych jams while the other engaged in a funk free-for-all — complete with costumes and themes motivated by ’60s science fiction and culture. Although Parliament came to a close, Clinton brings the two forces together for one epic Halloween night of funk at the B.B. King Blues Club in NYC.