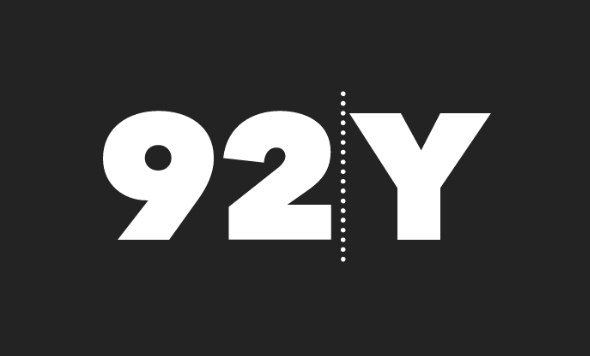 New York, NY — April 18, 2022 — The 92nd Street Y, one of New York’s leading cultural venues, presents Takács Quartet and Julien Labro, bandoneon, playing the New York premieres of Bryce Dessner, Clarice Assad, Labro, and more on Wednesday, April 20, 2022 at 7:30pm ET at the Kaufmann Concert Hall. The concert will also be available via livestream and available for 72 hours from time of broadcast. Tickets for both the in-person and livestream options are $20-$45 and are available at 92y.org/event/takacs-quartet-and-julien-labro.

About Julien Labro: Heralded as “the next accordion star” by Howard Reich of the Chicago Tribune, Julien Labro has established himself as one of the foremost accordion and bandoneón players in both the classical and jazz genres. Deemed to be “a triple threat: brilliant technician, poetic melodist and cunning arranger,” his artistry, virtuosity, and creativity as a musician, composer and arranger have earned him international acclaim and continue to astonish audiences worldwide.

French-born Labro was influenced early on by traditional folk music and the melodic, lyrical quality of the French chanson. Upon discovering the music of jazz legends, he quickly became inspired by the originality, freedom, creativity, and the endless possibilities in their musical language. After graduating from the Marseille Conservatory of Music, Labro began winning international awards including the Coupe Mondiale, the Castelfidardo Competitions, and many others. In 1998, Labro moved to the United States, where he further pursued his musical dream. Equipped with advanced degrees in classical music, jazz studies, and composition, Labro draws from his diverse academic background and eclectic musical influences as he searches for new themes and untried concepts, transforming and developing his creative ideas into new projects.

After a busy summer touring the US performing at the Strings Music Festival, Gretna Music, the Vail Jazz Festival and premiering his latest orchestral work “The Django Fantasy” at the Berks Jazz Festival, Labro will open the 2021 season performing with the Maria Schneider Orchestra at the DC Jazz Festival. In the Fall and Spring of 2022, Labro will zigzag the US with the world-renowned Takács Quartet performing new works written for them by Clarice Assad and Bryce Dessner.

In his free time, Labro is working on composing a new bandoneón concerto that will be a sequel to his accordion concerto Apricity. To learn more about Labro, visit http://julienlabro.com.

About the Takács Quartet: Recent winners of the Gramophone Classical Music Awards 2021, Chamber category, the world-renowned Takács Quartet, is now entering its forty-seventh season. Edward Dusinberre, Harumi Rhodes (violins), Richard O’Neill (viola) and András Fejér (cello) are excited to bring to fruition several innovative projects for the 2021-2022 season.With bandoneon/accordion virtuoso Julien Labro, the group will perform throughout the USA new works composed for them by Clarice Assad and Bryce Dessner. This season also marks the world premiere of a new quartet written for the Takács by Stephen Hough, Les Six Rencontres. The Takács will record this extraordinary work for Hyperion Records, in combination with quartets by Ravel and Dutilleux.

During the last year, the Takács marked the arrival of Grammy-award-winning violist Richard O’Neill by making two new recordings for Hyperion. Quartets by Fanny Mendelssohn Hensel and Felix Mendelssohn were released in the Fall of 2021, to be followed in May 2022 by a disc of Haydn’s opp. 42, 77 and 103.

The Takács Quartet continues its role in 2021-2022 as Associate Artists at London’s Wigmore Hall, performing four concerts there this season. In addition to many concerts in the U.K., the ensemble will play at prestigious European venues including the Paris Philharmonie, Berlin Konzerthaus, and Teatro Della Pergola, Florence. The Takács will perform throughout North America, including concerts in New York, Boston, Washington DC, Princeton, Ann Arbor, Berkeley, San Francisco, Philadelphia,Vancouver, Los Angeles, Atlanta, Cleveland, and Portland.

The Takács records for Hyperion Records. The ensemble recently won a Gramophone Classical Music Award 2021 in the Chamber category for their recording of quintets by Amy Beach and Elgar with pianist Garrick Ohlsson. The cd also won a Presto Classical Recording of the Year. Other discs for Hyperion include string quartets by Haydn, Schubert, Janáček, Smetana, Debussy and Britten, as well as piano quintets by César Franck and Shostakovich (with Marc-André Hamelin), viola quintets by Brahms and Dvorák (with Lawrence Power). For their CDs on the Decca/London label, the Quartet has won three Gramophone Awards, a Grammy Award, three Japanese Record Academy Awards, Disc of the Year at the inaugural BBC Music Magazine Awards, and Ensemble Album of the Year at the Classical Brits.

In 2014 the Takács became the first string quartet to be awarded the Wigmore Hall Medal. The Medal, inaugurated in 2007, recognizes major international artists who have a strong association with the Hall. Recipients include Andras Schiff, Thomas Quasthoff, Menahem Pressler and Dame Felicity Lott. In 2012, Gramophone announced that the Takács was the first string quartet to be inducted into its Hall of Fame, along with such legendary artists as Jascha Heifetz, Leonard Bernstein and Dame Janet Baker. The ensemble also won the 2011 Award for Chamber Music and Song presented by the Royal Philharmonic Society in London.

The Takács Quartet is known for innovative programming. The ensemble performed a program inspired by Philip Roth’s novel Everyman with Meryl Streep at Princeton in 2014, and again with her at the Royal Conservatory of Music in Toronto in 2015. They first performed Everyman at Carnegie Hall in 2007 with Philip Seymour Hoffman. They have toured 14 cities with the poet Robert Pinsky, collaborate regularly with the Hungarian Folk group Muzsikas, and in 2010 they collaborated with the Colorado Shakespeare Festival and David Lawrence Morse on a drama project that explored the composition of Beethoven’s last quartets.

Based in Boulder at the University of Colorado, the members of the Takács Quartet are Christoffersen Faculty Fellows. The Quartet has helped to develop a string program with a special emphasis on chamber music, where students work in a nurturing environment designed to help them develop their artistry. Through the university, two of the quartet’s members benefit from the generous loan of instruments from the Drake Instrument Foundation. The members of the Takács are on the faculty at the Music Academy of the West in Santa Barbara, where they run an intensive summer string quartet seminar, and Visiting Fellows at the Guildhall School of Music, London.

About 92nd Street Y: The 92nd Street Y (92Y) is a world-class center for the arts and innovation, a convener of ideas, and an incubator for creativity. 92Y offers extensive classes, courses and events online including live concerts, talks and master classes; fitness classes for all ages; 250+ art classes, and parenting workshops for new moms and dads. The 92nd Street Y is transforming the way people share ideas and translate them into action all over the world. All of 92Y’s programming is built on a foundation of Jewish values, including the capacity of civil dialogue to change minds; the potential of education and the arts to change lives; and a commitment to welcoming and serving people of all ages, races, religions, and ethnicities. For more information, visit www.92Y.org.