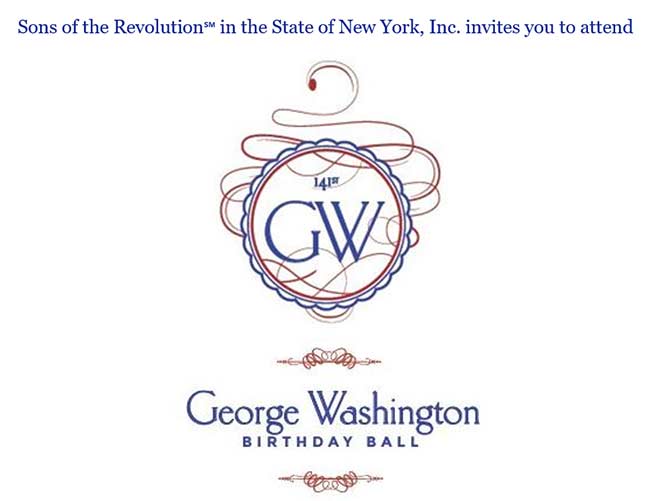 Sons of the Revolution in the State of New York, Inc. invites you to attend the George Washington Birthday Ball

In honor of George Washington

and to benefit Fraunces Tavern® Museum

Since 1877, Sons of the Revolution℠ in the State of New York, Inc. has been hosting the George Washington Birthday Ball in honor of George Washington. This celebration is also a fundraiser for Fraunces Tavern Museum, one of our country’s oldest and most important historical sites. Fraunces Tavern was a meeting place for the Sons of Liberty. It was on December 4, 1783 in the Tavern’s Long Room where George Washington bid farewell to his officers after the British evacuated New York City. In 1785, the Tavern was leased by the government to house the Department of Foreign Affairs and, in 1787, the Departments of Treasury and War as well.