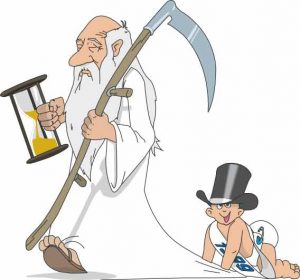 Earlier in the evening, FNC’s Ed Henry alongside FNC contributor Lisa Boothe and actor Dean Cain will kick off the festivities with a two-hour special entitled, “Countdown to 2018” at 8PM/ET. Also participating in the coverage will be FNC contributors Kat Timpf and Richard Fowler live from the crowd in Times Square and correspondent Bryan Llenas reporting on security. Additionally, FNC correspondent Griff Jenkins will be live from the Wildhorse Saloon in Nashville, Tennessee and FOX News Headlines 24/7 reporter Carley Shimkus will be live from the W South Beach’s WET Pool in Miami, Florida to help ring in 2018. FNC will also be presenting live musical acts, including performances by pop singer Andy Grammer and country music star Lauren Alaina.

FNC’s Virtual Reality team, working with Mandt Media, will also deploy 360-degree cameras in Times Square for an immersive New Year’s Eve experience hosted by Lisa Boothe and sponsored by Hillsdale College. Viewers will be encouraged to share their New Year’s resolutions on social media by using the hashtag #foxnews2018 throughout the night’s programming.

FOX News Channel (FNC) is a 24-hour all-encompassing news service dedicated to delivering breaking news as well as political and business news. The number one network in cable, FNC has been the most watched television news channel for nearly 16 years and according to a Suffolk University/USA Today poll, is the most trusted television news source in the country. Owned by 21st Century Fox, FNC is available in more than 90 million homes and dominates the cable news landscape, routinely notching the top ten programs in the genre.