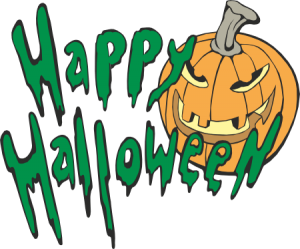 Mike Kaback, a native New Yorker who has an unquenchable enthusiasm for everything about the city, will lead the tour through the neighborhood, describing legendary stories of mischief and mayhem that reflect the holiday ahead.

For example, when the Eden Musée opened its doors on March 28, 1884 in an impressive stone building at 55 West 23rd Street, it was an amusement center of the most exquisite kind. It featured a large collection of waxworks, and in the dark rooms of its basement dungeons, the Eden Musée housed the infamous “Chamber of Horrors”. The Eden Musée went bankrupt in 1915 and closed its doors, but the Chamber of Horrors was purchased at an auction and exhibited at the Coney Island Eden Musée until a fire destroyed the collection of wax figures in 1928.

Flatiron also is home to one of the most popular costuming destinations in New York City, Abracadabra, which for nearly 30 years has offered costumes, accessories, makeup and magic on West 21st Street.

In addition to Kabak, historians leading the tours are: Miriam Berman, author of “Madison Square: The Park and Its Celebrated Landmarks” and “New York in Words and Images”, a book of New York postcards, and Fred Cookinham, author of “The Age of Rand: Imagining an Objectivist Future World”.

Tours take place every Sunday at 11:00 a.m. at the southwest corner of Madison Square Park (in front of the William Seward statue) at 23rd Street and Broadway. No advance registration is required, and tours take place rain or shine. For more information about Flatiron’s historic walking tours, visit: http://www.flatirondistrict.nyc/free-walking-tour

About the Flatiron/23rd Street Partnership

The Flatiron/23rd Street Partnership Business Improvement District, formed in 2006, is a nonprofit organization whose mission is to enhance the area’s reputation as one of New York’s most vital and exciting neighborhoods. This is accomplished by maintaining a clean and safe environment for the district’s businesses, residents and visitors; by spearheading area improvement projects; and by marketing the diverse business and retail options in this vibrant and historic neighborhood.