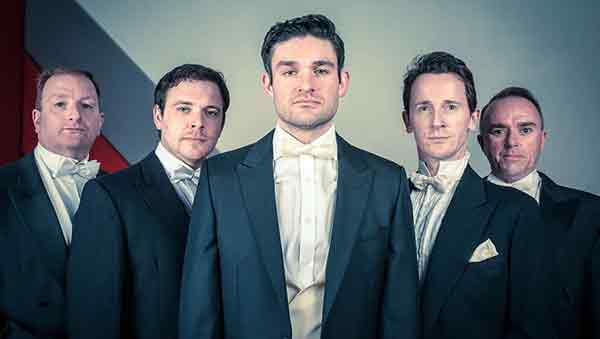 Just in time for St. Paddy’s Day, five of Ireland’s most talented lads take the stage at New York’s Lehman Center for a salute to the beautiful music of the Emerald Isle. Displaying plenty of their signature wit and showmanship, the five tenors — also known as David Martin, Morgan Crowley, Ciaran Kelly, Alan Leech and George Hutton — are set to sing famous opera arias, including “O Mio Remorso” from Verdi’s “La Traviata”, as well as beloved Irish tunes like Yeats’ “Down by the Sally Gardens,” and of course, the showstopping “Danny Boy.”