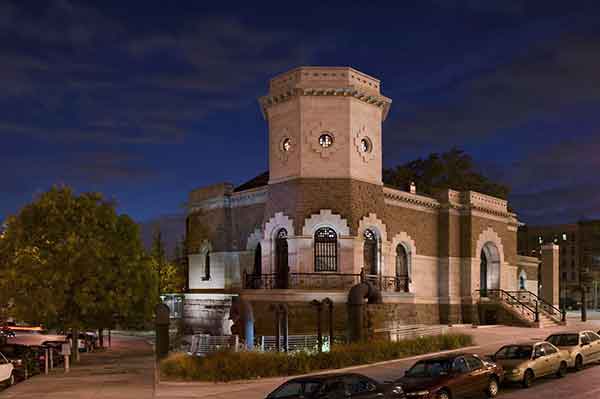 Free And Open To The Public

New York, NY (August 29, 2017) – Harlem Stage is back with another amazing season featuring a range of Music, Film, Spoken Word, Dance and the return of their successful Dinner/Discussion series, WaterWorks at 10: Visionary Artists and Transformative Art. Experience this legendary uptown venue that for over 30 years has been promoting the creative legacy of Harlem and artists of color. Harlem Stage will launch the Fall 2017 season with their first ever Open House.

On September 16, 2017 from 3:00-6:00pm Harlem Stage will kick off its Fall season by welcoming the community and inviting all drummers, percussionist, dancers and culture enthusiasts! Participate in a drum circle led by second year artist in residence, and rising jazz star, Christian Scott aTunde Adjuah hot off the release of his critically acclaimed 2017 album, “Ruler Rebel” and his concept Stretch Music, a stylistically diverse modern form of jazz that encompasses many musical forms and cultures. Harlem Stage will honor the rhythmic tradition of Christian’s Afro New Orleanian/Black Indian culture throughout the season.

Tour the Gatehouse and learn about its historical restoration from a facility that distributed clean water to New York City into a state-of-the-art flexible performing arts center. Meet some of the artists, enjoy fun activities and dance to the soulful sounds of Sundae Sermon’s DJ Stormin Norman.

Monique Martin, New Director of Programming said, “Harlem Stage is a beacon of innovation dedicated to identifying, incubating and supporting visionary artists of color. This bold mission is vital, now more than ever, as communities across New York City, the nation and the world wrestle with questions of identity, equity and belonging. Fostering culturally diverse art and ideas anchored in the rich legacy of Harlem and reflective of the diaspora is the genesis of my programmatic vision. This season Harlem Stage will continue to be a ‘Sanctuary Space’ for dialogue, bridge building and transcendent theater, music, dance and film. Artists from down the block, around the way and across the globe will present bespoke programs to ignite our imaginations, pose disrupting questions and ground us in our collective commitment to a world that honors everyone. It is my honor to join this brilliant institution whose history of amplifying and propelling voices, often on the margins, is extraordinary. We look forward to holding space with you and honoring our humanity.”

Patricia Cruz, Executive Director, said, “Monique Martin joins the Harlem Stage team at a unique time. We’ve just completed 10 years of extraordinary programming of our WaterWorks series through which we commissioned new work by 50 visionary artists of color. The impact has been remarkable. The passionate curatorial practice of Brad Learmonth and later Simone Eccleston inspired artists and audiences alike. But as time and life demanded, they moved on to new challenges.

But what to do for our next act? Call it serendipity, call it fate or a blessing, the door opened and in walked Monique Martin who, after 10 years of fabulous programming at SummerStage, was also ready to move on and walked through that open door to join Harlem Stage as our new Director of Programming. Monique joins the dedicated and expert team of the board and staff at Harlem Stage to guide us in expanded vision – all the while staying true to mission. She knows the artists with whom we’ve worked and supported; her network of artists runs wide and deep. While she is respectful of the legacy programs that she is inheriting, she is connecting us to new artists – artists from Africa, Europe and of course right here in Harlem. We are proud to welcome Monique and in doing so eager to welcome you to our next Act in the life of Harlem Stage.”

Tickets and reservations to Harlem Stage can be purchased online at www.HarlemStage.org, or via phone at 212.281.9240 ext. 19. All performances take place at the Harlem Stage Gatehouse (150 Convent Avenue at West 135th Street, Manhattan).

ABOUT HARLEM STAGE
Harlem Stage is the performing arts center that bridges Harlem’s cultural legacy to contemporary artists of color and dares to provide the artistic freedom that gives birth to new ideas.For over 30 years Harlem Stage has been one of the nation’s leading arts organizations, achieving this distinction through its work with artists of color and by facilitating a productive engagement with the communities it serves through the performing arts. With a long-standing tradition of supporting artists and organizations around the corner and across the globe, Harlem Stage boasts such legendary artists as Harry Belafonte, Max Roach, Sekou Sundiata, Abbey Lincoln, Sonia Sanchez, Eddie Palmieri, Maya Angelou and Tito Puente, as well as contemporary artists like Bill T. Jones, Christian Scott aTunde Adjuah, Tamar-kali, Vijay Iyer, Mike Ladd, Meshell Ndegeocello, Jason Moran, José James, Nona Hendryx and more. Its education program each year provides over 4,000 New York City children with introduction and access to the rich diversity, excitement and inspiration of the performing arts. In 2006, Harlem Stage opened the landmarked, award-winning Harlem Stage Gatehouse. This once abandoned space, originally a pivotal source for distributing fresh water to New York City, is now a vital source of creativity, ideas and culture. Harlem Stage is a winner of the William Dawson Award for Programming Excellence and Sustained Achievement in Programming (Association of Performing Arts Presenters).