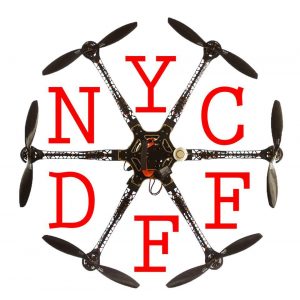 World-class event scheduled for March 7, 2015 at the Directors Guild of America Theater

The NYCDFF will be held on Saturday, March 7th, 2015 at the Directors Guild of America Theaterlocated at 110 West 57th Street in New York.

Tickets are available for purchase at www.NYCDRONEFILMFESTIVAL.com.

NYCDFF is a one-of-a-kind, world-class event showcasing world premieres alongside drone films never before seen on the big screen. The world’s first film festival dedicated exclusively to drone cinema,NYCDFF is enthusiastic about showing the world the amazing creative capabilities of drones.

NYCDFF supports and celebrates the creative expression of aerial filmmakers from around the world. The Festival will host a screening of short films, curated conversation and an awards ceremony featuring prizes for Technical Difficulty, Narrative, X-Factor, Most Epic Dronie and more.

Producer Kim Jackson of Evotion Media has joined the team to produce the festival. She brings with her years of experience producing feature films and festivals such as the Hamptons International Film Festival, the Tribeca Film Festival and many others.

“Submissions have come in from around the world and they are mind-blowing,” said Randy Scott Slavin, the Founder and Director of the Festival. “We’re beyond excited to recognize some of the most creative and captivating drone films the world has ever seen – all on the big screen for the very first time.”

The Festival will feature a keynote presentation by rockstar drone lawyer Paul Fraidenburgh, who has gained a national reputation for his representation of clients in the unmanned aircraft systems industry.

The deadline to submit U.S. and International films for the 2015 New York City Drone Film Festival is November 30, 2014. Submissions rules and regulations and complete information regarding eligibility are now available at www.nycdronefilmfestival.com.