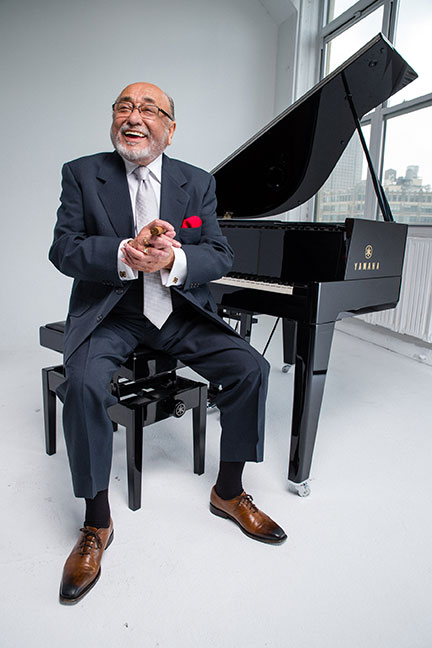 Eddie Palmieri, a restless, yet instinctive artist, embraces the future of his music by unapologetically blazing a distinctive musical path to the delight of fans across the globe. With a musical career that spans over 50 years as a pianist, bandleader and composer of Salsa and Latin Jazz, the ten time Grammy® Award winner was honored in 2013 with the NEA Jazz Masters Award, the nation’s highest honor in jazz, recognizing him as a true American musical icon. Palmieri’s newly released 2017 album “Sabiduria / Wisdom”, is a fusion of Jazz, Funk and Latin, fused with Afro-World rhythms. Palmieri continues to innovate, and new music will be released in successive volumes commemorating his 80th year along with a tour entitled “EP @ 80.” Palmieri’s recordings have become classics with such hits as “Azucar”, “Vamonos Pa’l Monte”, and “Muñeca”.  The maestro will be joined by his orchestra along with several celebrated musical guests for another unforgettable Salsa concert event!