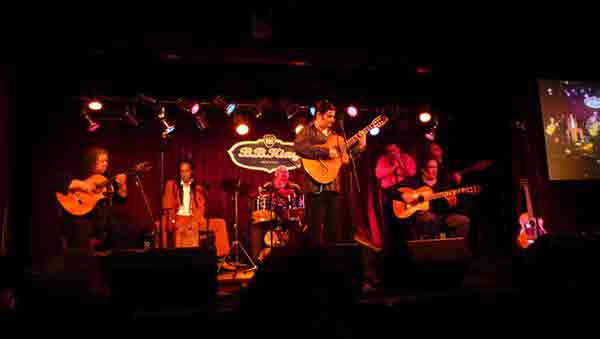 Los Cintron pays tribute to the music of the Gipsy Kings, including their smash hit “Bamboleo” and many more enduring Spanish guitar songs. The Cintron Brothers, who hail from Spain, have wowed audiences of all varieties — even those of the Metropolitan Opera, when they appeared in Carmen at Lincoln Center — with a mix of world, Latin and flamenco music. Their guitars, vocals and melodies, set to enchanting rhythms, evoke the traditional sounds of their home country and the Mediterranean. This concert at B.B. King Blues Club celebrates one of world music’s most legendary bands with a dynamic display of music and passion.