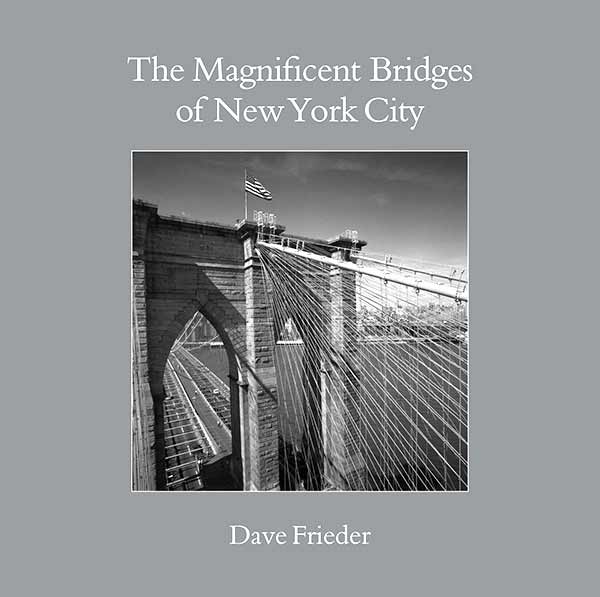 New York’s Bridges as You Have Never Seen Them Before!

(Roosevelt Island, NY, November 14, 2019) – Known as The Bridge Man, photographer Dave Frieder has climbed 20 of New York’s great bridges to photograph them in intimate and distinctive ways. His photographs are now published in a book, The Magnificent Bridges of New York City. Gain a new perspective as he discusses his approach to capturing the engineering behind and supporting the bridges that you may take for granted, at a lecture presented by the Roosevelt Island Historical Society at the New York Public Library Branch on Roosevelt Island, on Thursday, December 19, 2019 at 6:30 p.m.

The event is FREE and open to the public. It is the second in the Society’s annual series of fall lectures, which is supported by funds provided by Amalgamated Bank, Roosevelt Island Operating Corporation’s Public Purpose Fund and New York City Council Member Ben Kallos, with funding from the New York City Department of Youth and Community Development.

The Roosevelt Island Historical Society promotes awareness of the Island’s unique story and pursues preservation of its landmarks and artifacts. For more information, please visit www.rihs.us.