A festival of contemporary Czech film

ALL FILMS ARE WITH ENGLISH SUBTITLES 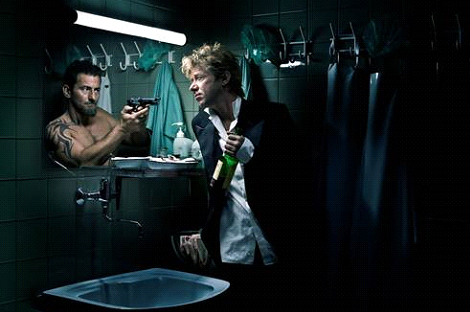 Wednesday, June 4, 6:30 pm, panel discussion followed by a reception sponsored by Intellect Books
A panel discussion about Prague’s important role as a world renowned filming location for many acclaimed Czech and international films. Along with our consideration of the intersection of the City of Dreams and cinema, we pay tribute to Věra Chytilová (1929-2014), one of the foremost filmmakers of the Czech New Wave.
Panelists: Marcelline Block, Editor of the book World Film Locations: Prague (Intellect/University of Chicago, 2013); Jiri Madl, Czech director and actor (Colette, Lousy Bastards); Mark Podwal, contributor to the publication; David Schwartz, Chief Curator, Museum of the Moving Image

(Sedmikrasky, 1966, 76 min., Vera Chytilova)
Wednesday, June 4, 8:30 pm, introduced by David Schwartz, MOMI Chief Curator
Wherever they go, they provoke. A film about two Maries and the vicious circle of pseudo values and pseudo relationships. This provocative moralist grotesque was the second feature film by Vera Chytilova. It surprised audiences, critics and official circles with its strong stylization that distinguished the film from any other film created at that time.

(Colette, 2013, 126 min.), dir. Milan Cieslar, New York premiere
Thursday, June 5, 7:00 pm followed by Q&A with the actor Jiri Madl
Colette is a dramatic story of young lovers Colette and Vili, played by Clemence Thioly and Jiri Madl, who meet while imprisoned in a Nazi concentration camp. This love story, based on the novel by Pulitzer Prize nominee Arnošt Lustig, is inspired by the author’s personal experience in Auschwitz.

(Vsivaci, 2013, 100 min.), dir. Roman Kasparovsky, New York premiere
Friday, June 6, 6:30 pm
This comedy – drama centers on the Rohan brothers Richard and Mikulas, whose lives get separated after their first love for the same girl. Richard is an ex-soldier taking care of his two daughters, and living in a small town. Mikuláš is a neurosurgery expert living in the capital. Both of them have something which the other doesn’t. However, they do have one thing in common – a longing for love.

(Bella Mia, 2013, 93 min.), dir. Martin Duba, US premiere
Friday, June 6, 8:30 pm
A balladic story about freedom and survival and the complex relationship between humans and animals. A herd of cows from a small farmstead are to be slaughtered due to the suspicion of mad cow disease (BSE). The animals revolt and against all odds, manage to escape. People are trying to hunt them down but the herd, led by cow Bella, elude capture.