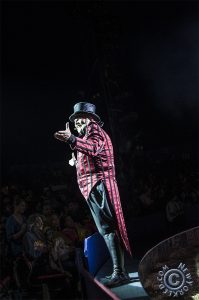 with David Shiner presenting the award

New York, NY – To honor and spotlight the distinguished achievements in the American circus arts, Circus Now together with the Big Apple Circus, in association with Executive Producer and Director Jonathan S. Cerullo, JSC Theatricals, is proud to present the 2nd Annual Celebration of American Circus at the Big Top at Lincoln Center on January 5, 2016 at 8pm. Part ceremony, part performance, the Celebration of American Circus will honor four artists and/or organizations that have been prominent in the circus arts landscape in America, while spotlighting the thriving state of the circus arts across the nation, and will feature Emcee Thom Wall, with performances from a variety of breath-taking acts.  Tickets start at $25 and are available online at www.circusnow.org/CELEBRATE2016/.

For the second year, the Celebration of American Circus presents a distinguished and impressive roster of honorees, all of which have spent decades furthering the appreciation of circus arts in America.  Sabrina Motley, director of the Smithsonian’s Folklife Festival, will present the Community Impact Award to Circus Smirkus Founder Rob Mermin and Ed LeClair, Smirkus’s Executive Director.  Duncan Wall of Circus Now will present the Elevating Circus Award to Dominque Jando, renowned circus historian and author.  David Shiner will roast and toast and present the Evolving Circus Award to his fellow clownical artist Bill Irwin. And this year we introduce a new award, the Lifetime Achievement Award, will be presented by the legendary Dolly Jacobs (Circus Sarasota) to the legendary Hovey Burgess!