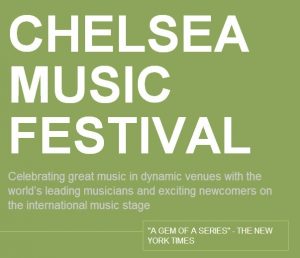 Featuring the chamber music of Richard Strauss including his String Sextet from the opera “Capriccio”, the Violin Sonata, and songs for soprano and tenor. With three premiere arrangements for harp and Soprano by Grace Browning.

Sponsored by Lufthansa, the Official Airline of the 2014 Chelsea Music Festival