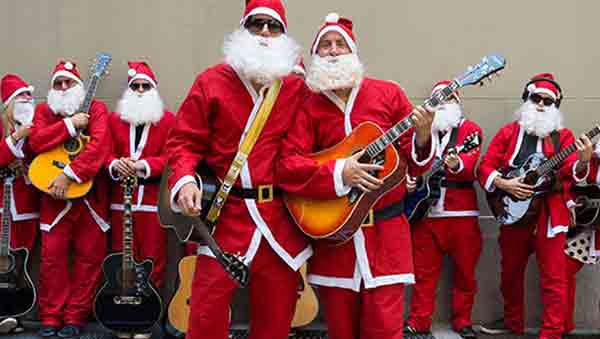 Songwriters Sam Hollander and Better Than Ezra frontman Kevin Griffin have penned and produced tracks for everyone from Train to One Direction to Taylor Swift. In 2014, the duo caught the holiday spirit and created Band of Merrymakers, a yuletide supergroup whose sales benefit charity. The band features a rotating group of traveling troubadours that includes Lisa Loeb, Sugar Ray’s Mark McGrath and Tyler Glenn of Neon Trees. Band of Merrymakers is taking the stage at the B.B. King Blues Club in New York to perform a mix of holiday songs, including some familiar favorites like “Joy to the World” and “Jingle Bells,” and some all-new originals like “Snow Snow Snow” and “Holiday in L.A.”