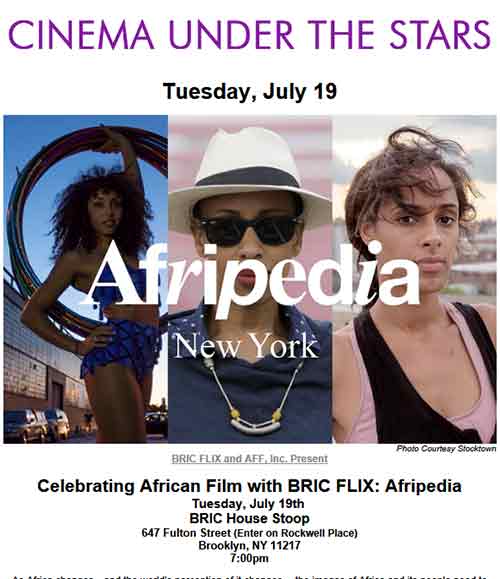 As Africa changes—and the world’s perception of it changes— the images of Africa and its people need to change too. Afripedia is a collaborative, multi-part project profiling a new generation of artists from Africa and the Diaspora through film, digital media, online platforms, and more. Join us on Tuesday, July 19 for a free, not-to-be-missed screening of Afripedia’s Senegal, Ghana, and New York film series. The screening will be followed by a special discussion with Afripedia co-directors, Teddy Goitom and Senay Berhe. Photographer Delphine Diallo, featured in the New York series, will also be present to discuss her work.

BRIC FLIX is a free film screening and conversation series at BRIC House. Offering premieres, shorts, and web series projects that reflect the excitement, diversity, and creativity of the borough— BRIC FLIX is where Brooklyn comes for film.

This event is free and open to the public and is first come, first served