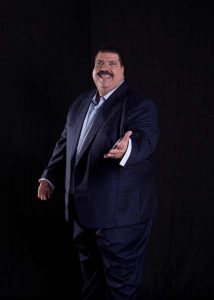 At the Lehmand Center for the Performing Arts

Lehman Center for the Performing Arts is on the campus of Lehman College/CUNY at 250 Bedford Park Boulevard West, Bronx, NY 10468. Tickets for AMOR en SALSA on Saturday, February 11th, 2017 at 8pm are $100*VIP, $65, $55, and $50 and can be purchased by calling the Lehman Center box office at 718-960-8833 (Monday through Thursday, 10am–5pm, and beginning at 12 noon on the day of the concert), or through online access at www.LehmanCenter.org. *New This Season: HAVANA CAFÉ and Lehman Center special VIP pre-concert wine & hors d’oeuvres reception starting at 6:30pm. VIP tickets include the reception and the best seats in the house. At the reception meet other patrons and the staff of Lehman Center. Sponsored by Havana Café Restaurant and Havana Club Puerto Rican Rum. Lehman Center is accessible by #4 or D train to Bedford Park Blvd. and is off the Saw Mill River Parkway and the Major Deegan Expressway. Low-cost on-site parking available for $5.

TITO ROJAS hails from Puerto Rico and began his musical career in the 1970’s, recording his first album with Pedro Conga y Su Orquesta Internacional. Known as “El Gallo Salsero” (The Salsa Rooster), he became the lead vocalist with Conjunto Borincuba, led by Justo Betancourt, releasing the hit album Con Amor in 1978. In 1983, Rojas joined the Salsa orchestra Puerto Rican Power as lead vocalist and had hits with the Salsa versions of the ballads “Noche de Boda” and “Quiereme Tal Como Soy”. Going solo in the early ‘90s, Rojas regularly released well received new records including Condename (1992) containing the popular songs “Porque Este Amor”, “Condename a Tu Amor” and the album A Mi Estilo (1994) that featured the hits “Tambien Nos Duele”, “He Chocado Con La Vida” and “Señora De Madrugada” and reached number 8 on the Billboard Tropical/Salsa chart. His fourth album Por Propio Derecho (On My Own Right, 1995), a combination of tangos, Cumbias and ballads went double Platinum, won Rojas the Paoli Prize for “Best Salsa Artist of the Year” and included the hits “Esperandote”, “Llorare”, “Claro” and “Te Quedaras Conmigo”. In 1999, Rojas released his number one hit “Por Mujeres Como Tu” from the album Alegrias Y Penas which reached #2 on the Billboard Tropical/Salsa chart. His most recent record El Viajero was released in 2014.

MAELO RUIZ is a Salsa romántica sonero that was born in the Bronx, where he lived until age four, when his family moved back to their native Puerto Rico. When he was 16, he began studying singing with Juan Pacheco at La Escuela Libre de Musica de Caguas. Maelo began his professional career three years later as the lead singer for Pedro Conga y Su Orquesta Inernacional. During his seven years with the orchestra, he recorded four albums, that included the hits “No Te Quites la Ropa”, “Atrévete”, “Vicio”, and the salsa favorites “Quiero Volver”, “Si Supieras” and “Me Niegas Tanto Amor”. Maelo’s first release of his own, entitled Solo (1994), featured the hit “Te Necesito Mi Amor” and spent four straight weeks at number one throughout Latin America. He has released twelve solo albums, including Puro Corazón (2007) that was nominated for the Latin Grammy Award for Best Salsa Album. His most recent release is 2014’s Romántico y Borícua.

NINO SEGARRA is a Salsa singer, composer and arranger that was born in Maricao, Puerto Rico where he learned as a child to play drums, guitar and cuatro. He made his first recording as a teenager with a band called Mundo de Ponce. After earning a BA in Music from the Inter-American University in San Germán, PR, he made musical arrangements for orchestras and Salsa singers like Andy Montañez, Marvin Santiago, Eddie Santiago and Oscar de Leon. Segarra released his first album Que Viva La Salsa in 1987. His third record, Con La Musica Por Dentro (1990) reached #3 on the US Tropical Album chart with the international hit “Porque te Amo”. The following year’s release, titled after its hit song “Entre La Espada y La Pared”, made it to #4 and contained the popular tune “Eres La Unica”. Also notable amongst the twelve albums Segarra has recorded is 1998’s Romántico Salsero.

GIRO LOPEZ is a Salsero from Caguas, Puerto Rico that started his professional career singer with the band Los Chicos and sang on two Los Chicos #1 Latin tropical Airplay hits , “Si Tu Supieras” and “Mi Forma de Sentir”. In 1994 he released one of his greatest hits “Mi Amor Lunático” and the following year was honored with the Lo Nuestro Award for New Tropical Singer of the Year. Giro also has had an active career as a successful Salsa soloist, having released nine albums, starting with 1993’s Simplemente Un Corazón and highlighted by his Grammy-nominated 2002 album Mi Nostagia. His 2011 release Todavía Hay Amor, features three compositions by Pedro Azael: “Se Que Perdi”, “No Te Puedo Olvidar” and “Llegaste”, a new version of Giro’s hit “Me He Enamorado”, and a duet of “Islas En El Mar” with La India. Recently, he has released one song, “Terremoto” from the new album he is currently working on.