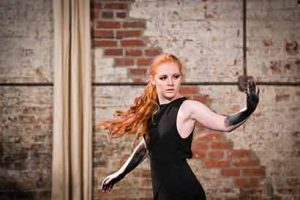 Carol Mendes & Artists presents LANOTTE+VERSO. Performances will take place September 10 – 13, 2015 at LA MAMA First Floor Theater, 74A E. 4th Street, New York, NYC. Performances are Thursday through Saturday at 7:30pm, and Sunday at 3:30pm. Tickets are $15 in advance/$18 day of show, and are available at carolmendes.brownpapertickets.com.

LANOTTE is an assertively absurdist dance romp about being a woman. VERSO is the B side of LANOTTE; a reaction to ourselves and the change in our own creative process. LANOTTE +VERSO are inextricably linked: LANOTTE, a dark journey of the female mind, and VERSO, a fast paced succession of dancescapes. Each dance relies on the other, as a coin with two distinct sides.

Abounding with darkness, LANOTTE explores different aspects of the female mind. Successive scenes that are at times theatrical and confrontational portray the performers’ innermost emotions to bring the audience on an emotional journey of the whole person. This work seeks to peel off layers off the self, exposing the internal female, vulnerable but strong. Ultimately, this dance is an ode to the complexities of womanhood. At VERSO, three dancers explore the human body’s coordination, creating extreme movement and violent conversations in space inspired by the electronic creations of Denmark musician Trentemøller. At moments an interactive performance, VERSO stretches the boundaries of performance space, with a visceral dialogue with the audience.