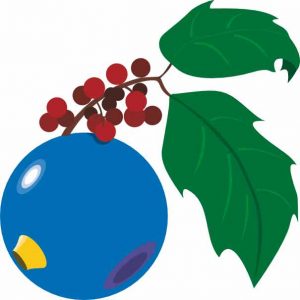 to perform in the

‘Twas the Night before Christmas

Tickets range from $10-$25, and are available online here…

Led by Steven Reineke, The New York Pops family holiday concert is always a joyous occasion. The orchestra celebrates this season with a musical tribute to ‘Twas the Night Before Christmas. Song, dance, and lots of fun surprises bring Clement Clarke Moore’s classic poem to life with a festive helping of Yuletide cheer.

Now in its 38th Season, and invigorated by a recent move to St. Marks’ Church in-the-Bowery, NYTB has reinvented itself as New York’s downtown ballet company. With its ever-expanding repertory, NYTB’s cutting edge programming brings fresh insight to classic revivals paired with the modern sensibilities of both established and up and coming choreographers. The diversity in repertory explores the past while boldly taking risks on the future. Performing in more intimate spaces, often to live music, brings the audience and the dance together for a personal experience. When reflecting on NYTB’s first season at St. Mark’s Church-in-the-Bowery in 2015, The New York Times said, “The members of Theater Ballet are not only refined dancers but also unaffected actors… they draw you in. The intimacy of the space only helped; the amplitude and honesty of their dancing has found its match in St. Mark’s Church.”

ABOUT THE NEW YORK POPS

The New York Popsis the largest independent pops orchestra in the United States, and the only professional symphonic orchestra in New York City specializing in popular music. Led by Music Director Steven Reineke, the orchestra performs an annual subscription series at Carnegie Hall, enjoying one of their highest subscription renewal rates. Now in its 32nd season, The New York Pops celebrates the diversity of popular music’s evolving songbook. Every concert is a unique experience, with influences ranging from Broadway melodies to film scores, jazz, rock, pop and everything in between. The orchestra collaborates with stars from the stage and screen, such as Tony Bennett, Michael Feinstein, Megan Hilty, Idina Menzel, Kelli O’Hara, Miss Piggy, Pink Martini, John Pizzarelli, and many more. Under the leadership of dynamic Music Director and Conductor Steven Reineke, The New York Pops continues to re-imagine orchestral pops music.
The New York Pops is dedicated to lifelong learning, and collaborates with public schools, community organizations, children’s hospitals and senior centers throughout the five boroughs of New York City. The New York Pops is committed to creating access for all members of the community. Thousands of children and their parents have the opportunity to see The New York Pops during interactive and educational family concerts in partnership with Carnegie Hall’s Weill Music Institute. The orchestra has toured throughout the world. Past media projects include the Macy’s 4th of July Fireworks Spectacular on NBC Television, a nationally syndicated radio series and performances on PBS. The orchestra’s discography includes recordings of popular standards, theater and film scores, and music for the holidays. The New York Pops was founded by Skitch Henderson in 1983 with a mission to create greater public awareness and appreciation of America’s rich musical heritage through presentation of concerts and education programs of the highest quality. The New York Pops is a non-profit organization supported solely through the generosity of individual donations, institutional grants, corporate sponsorships and concert income.

The inestimable Stern Auditorium / Perelman Stage has seen innumerable historical concerts and events: The very first opening night in 1891, Horowitz’s sold-out 1965 recital, and Groucho Marx’s 1972 appearance at the twilight of his career are but a few. With five curvilinear levels that seat 2,804, Stern / Perelman has acoustics that have dazzled audiences and performers for over a century.