with Jeremy Noller on Drums, Eric Phinney on Percussion,

Art Hirahara, on piano and Evan Gregor on Bass 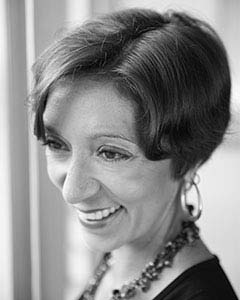 New York, New York — Bloomingdale School of Music (BSM) is pleased to present vocalist and composer Jocelyn Medina leading an ensemble in a program entitled Roots and Branches: Jazz Explorations on World Music Traditions as part of the school’s current focus on jazz and the music of women Composers.  This free concert on November 17th at 7:00 pm will be held at the David Greer Recital Hall at the school’s home site located at 323 West 108th Street (off of Broadway) in Manhattan. Admission is FREE and seating is limited.

BSM voice faculty member Jocelyn Medina presents a diverse program of music from India, Africa and Brazil, with the integration of these styles into her jazz-based compositions. Listeners will be taken on a cross-cultural, auditory journey through Hindustani ragas from Northern India, Ewe polyrhythms from Ghana and Brazilian Maracatu from Fortaleza, pairing each musical form with original songs inspired by these world traditions. The ensemble will feature BSM percussion faculty members Eric Phinney on traditional Ghanaian percussion and Indian table and colleague Jeremy Noller on drums, along with pianist Art Hirahara, and Evan Gregor on bass.

The sounds and styles of vocalist/composer Jocelyn Medina cross cultures and continents. Her compositions fuse elements of Brazil, Spain, Africa and India with jazz harmonies, neo-soul/funk grooves and adventurous improvisations. She pursued opera work at Stanford University, earned a Bachelors from Berklee College of Music, and a Masters in Vocal Jazz Performance from Manhattan School of Music. Between her formal studies, Jocelyn spent 4 years living and performing in Madrid, Spain, where she recorded her first full-length CD of original compositions, “The Journey Begun.” Further musical explorations brought Jocelyn to Ghana, West Africa, as well as to Salvador, Brazil.

In 2005 she returned to the United States and in 2011 released her second album of original work, “We Are Water,” combining her jazz and Latin heritage with the rhythms and flavors of African and Brazilian music. Her most recent travels brought Jocelyn to Mumbai, India, where she was exposed to new vocal and instrumental aesthetics, elements that resonate throughout the material on her newly recorded album “Common Ground,” released in 2016. She plays regularly throughout the New York City area showcasing her compositions, and curates and hosts a weekly vocal jazz concert series and jam session at Rue B in lower Manhattan. In addition to her original repertoire, she sings, plays percussion and arranges for her Brazilan/World-Jazz project, sings and drums and with the New Jersey based Rhythm Monsters West African ensemble, and is a member of the classical Brooklyn Conservatory Chorale.

Born and raised in Albany Eric moved to New York City to attend Manhattan School of Music and has remained in the city since. Eric has also spent considerable time studying Indian tabla drumming, West African ensemble drumming, and the West African xylophone. “The most important series of events in my musical life and otherwise was to explore music from other parts of the world. I found master players who spent some time in NYC, and that led me to go to Calcutta, India and Accra, Ghana to study. I started to feel like a citizen of the world and it was totally inspiring to be in contact with master musicians of the highest level from other cultures.” Eric is also an active member of Ethos Percussion Group, a quartet dedicated to advancing percussion chamber music.

With a body of work that spans across many genres, jazz drummer and percussionist Jeremy Noller and a BSM percussion instructor, has proven himself a uniquely adaptable and versatile musician. Since his arrival in New York City in 2003, Jeremy has performed and recorded with a wide array of jazz and world music groups. Originally from Libertyville IL, Jeremy began studying percussion at the age of nine. He graduated with honors from the University of North Florida, went on to complete a master’s degree in jazz studies at the Manhattan School of Music under the tutelage of John Riley, and continued his studies with Carl Allen and Billy Drummond as a graduate of the Juilliard School’s Artist Diploma program.Released in 2010, Jeremy’s debut album Music Notes flows seamlessly through  musical landscapes, charting a distinctly accessible intersection between contemporary jazz and traditional West African rhythms. This too is the inspiration for his latest project, NOLLER/SYLLA, a collaboration with Guinean percussionist Mangue Sylla.

Art Hirahara is a jazz keyboardist and composer based in New York. He has had the privilege to perform with Stacey Kent, Freddy Cole, Akira Tana, Rufus Reid, Don Braden, Roseanna Vitro, Dave Douglas, Vincent Herring, Victor Lewis, Travis Sullivan’s Bjorkestra, Jim Black, Jenny Scheinman, Greg Cohen, Fred Ho, Sean Nowell, royal hartigan and Hafez Modirzadeh. He has performed around the world in Europe, Asia, South America, and the Middle East and extensively around the United States.In New York, he has played at the city’s premier venues, including Birdland, Smalls, the Jazz Standard and 55 Bar. Art’s piano and compositional sound are an amalgamation of the varied musical influences he has studied and the wide range of leaders he has worked for.

Evan Gregor is an in-demand acoustic and electric bassist who works with many of the world’s great artists in a wide variety of genres. These jazz legends include: Phil Woods – appearing on his big band CD “New Celebration” and working together in a variety of small group settings, Dave Liebman – a member of “Lineage” with a recording featuring his playing and arranging, Gary Burton, Phil Markowitz, Bill Goodwin, Urbie Green, Bob Dorough (appearing on ‘Duets’,) Ed Cherry and others. Most recently he has been touring with GRAMMY Award winning vocalist Patti Austin. Leading young artists like Christian Scott, Darcy James Argue, Zach Brock, Michael Dease, Bobby Avey, Grace Kelly, Matt Vashlishan and Danny Sher, as well as established creative musicians including Brad Shepik, Christian Howes, Pete McCann, The New York BMI Jazz Orchestra, Meg Okura, Jon Ballantyne, The Mahavishnu Project, Lynne Arriale, Jerome Sabbagh, David Berkman, Joel Harrison have hired Evan for the bass chair, which has taken him all over the world.