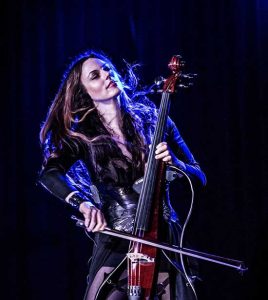 Brooklyn Music School (BMS) announces a Reunify – A Benefit Concert for Displaced Children on Saturday, September 15, 2018 at 6pm. Tickets are $15 – $25 and are available at https://reunify.eventbrite.com.

Brooklyn Music School Presents: Reunify! A Benefit Concert to raise money to support efforts to reunite immigrant families that have been separated. An evening of music to benefit children who have been displaced. The Brooklyn Music School is partnering with Kids in Need of Defense (KIND), and all proceeds will go to support music therapy and legal support for children who have been separated from, their parents so as to help them on the journey to healing and being reunified with their families. Please join us for this event to show our community’s support for the most vulnerable of those living among us and celebrate the healing and unifying power of music.

“From our founding in the early 20th Century, Brooklyn Music School has been animated by the idea that music and performing arts can be a powerful force to bring immigrants from around the world to share and rejoice in their cultures and renew a common language of democracy. At a time when many children and families in our community feel under siege, we are thrilled at the talented artists who have come together to make a strong statement of support and raise money for a very timely and important cause,” said Crocker Coulson, Chair of the Board of Trustees of Brooklyn Music School.

“One of New York City and Brooklyn’s greatest strengths is the infusion of talent and energy of immigrants from around the world. I am pleased to be part of this important event and I will continue to fight to create a welcoming city for all and to protect the rights of children and families to pursue the American Dream,” said NYC Council Majority Leader, Laurie A. Cumbo. “Music has the power to overcome divisiveness and create bonds of connection and understanding like few other arts forms.”