@ Made in NY Media Center by IFP 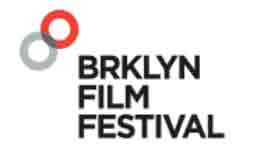 he Brooklyn Film Festival (BFF) is proud to announce the 13TH annual Kidsfilmfest which will be staged at the Made in New York Media Center by IFP, in DUMBO: June 3rd at 1pm. Film submissions have been received from more than 15 countries, including:  Australia, Canada, China, France, Japan, India, Iran and the United Kingdom.

Since 2004, kidsfilmfest has followed its mission to promote children’s filmmakers and to educate young movie-goers about the art of film production.

The program will be tailored for children of all ages (films will be rated “G”). It will consist of numerous short animation and narrative films from all over the world. There will be a Q&A with the directors and actors as well as an interactive workshop following the screening. Children can get acquainted with the filmmakers while discussing and exploring the background of their production.

With kidsfilmfest, BFF continues to expand its demographic outreach and further its commitment to bring to Brooklyn and the surrounding areas the best films the world has to offer.

This year’s 20th edition of BFF, will run from June 2nd through June 11th at two venues: the Wythe Hotel in Williamsburg, and Windmill Studios NYC in Greenpoint. BFF’s primary goal is to connect filmmakers to distribution companies and expose them to the media.

For full film lineup and general info on kidsfilmfest, please visit www.kidsfilmfest.org or contact Lisa King, 646-234 5080 or [email protected] For more information and film line-up for BFF (after May 15th) visit: www.brooklynfilmfestival.org.