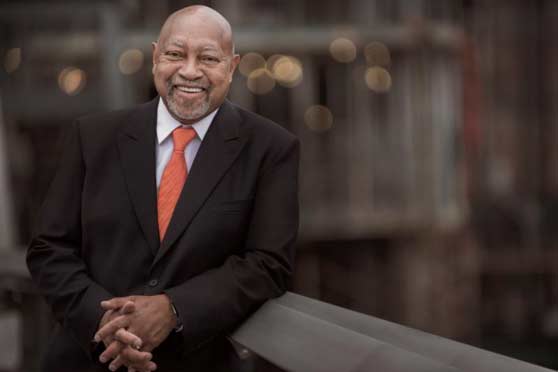 Brooklyn Center for the Performing Arts at Brooklyn College continues its 2017-18 Kumble Theater season with jazz maestro Kenny Barron. An 11-time GRAMMY® nominee, NEA Jazz Master, and American Jazz Hall of Fame inductee, this virtuosic pianist comes to Brooklyn’s Kumble Theater for an intimate solo performance. Tickets are $35 and can be purchased in advance at BrooklynCenter.org or by calling the Brooklyn Center box office at 718-951-4500. Day-of-show tickets should be purchased at the Kumble Theater on the downtown Brooklyn campus of LIU, located at 1 University Plaza, or by calling the Kumble Theater box office at 718-488-1624.

Honored by The National Endowment for the Arts as a Jazz Master, Kenny Barron has an unmatched ability to mesmerize audiences with his elegant playing, sensitive melodies, and infectious rhythms. The Los Angeles Times named him “one of the top jazz pianists in the world” and Jazz Weekly calls him “the most lyrical piano player of our time.”

Kenny was born in Philadelphia in 1943 and, while a teenager, started playing professionally with Mel Melvin’s orchestra. This local band also featured Barron’s brother Bill, the late tenor saxophonist. While still in high school, Kenny worked with drummer Philly Joe Jones and, at age 19, he moved to New York City and freelanced with Roy Hayes, Lee Morgan, and James Moody, after the tenor saxophonist heard him play at the Five Spot. Upon Moody’s recommendation, Dizzy Gillespie hired Barron in 1962 without even hearing him play a note. It was in Dizzy’s band where Kenny developed an appreciation for Latin and Caribbean rhythms. After five years with Dizzy, Barron played with Freddie Hubbard, Stanley Turrentine, Milt Jackson, and Buddy Rich.

The early ’70s found Kenny working with Yusef Lateef, who Kenny credits as a key influence in his art of improvisation. Encouraged by Lateef to pursue a college education, Barron balance touring with studies and earned his B.A. in Music from Empire State College. By 1973 Kenny joined the faculty at Rutgers University as professor of music. He held this tenure until 2000, mentoring many of today’s young talents including David Sanchez, Terence Blanchard, and Regina Bell. In 1974, Kenny recorded his first album as a leader for the Muse label, entitled Sunset To Dawn. This was to be the first of over 40 recordings (and still counting!) as a leader.

Following stints with Ron Carter in the late ’70s, Kenny formed a trio with Buster Williams and Ben Riley, which also worked alongside of Eddie “Lockjaw” Davis, Eddie Harris, Sonny Stitt, and Harry “Sweets” Edison. Throughout the ’80s, Barron collaborated with the great tenor saxophonist Stan Getz, touring with his quartet and recording several legendary albums including Anniversary, Serenity, and the GRAMMY®- nominated People Time. Also during the ’80s, he co-founded the quartet Sphere, along with Buster Williams, Ben Riley, and Charlie Rouse. This band focused on the music of Thelonious Monk and original compositions inspired by him. Sphere recorded several outstanding projects for the Polygram label, among them Four For All and Bird Songs. After the death of Charlie Rouse, the band took a 15-year hiatus before reuniting, replacing Rouse with alto saxophonist Gary Bartz. This reunion made its debut recording for Verve Records in 1998.

After a series of successful duo concerts with bassist Dave Holland, the two masters decided to record The Art of Conversation (Impulse!), which was released in October 2014. “You can almost hear the wheels of their collective imagination turning, and then the next burst of ear-opening brilliance is upon you.” (SomethingElseReviews.com)

In 2016, Kenny released the long awaited trio album, Book of Intuition (also on the Impulse! label), featuring his band mates Kiyoshi Kitagawa and Johnathan Blake. It became his eleventh GRAMMY® nomination. His latest recording, Concentric Circles (Impulse!) will be released in Spring 2018 and features his quintet with Mike Rodriguez, Dayna Stephens, Kiyoshi Kitagawa, and Johnathan Blake.

Kenny was awarded an Honorary Doctorate in 2013from his alma mater, SUNY Empire State, and in 2011 from Berklee College of Music. He consistently wins the jazz critics and readers polls, including 2016 Downbeat

Critics Poll, Jazz Times, and Jazziz magazines. In 2009 he was inducted into the National Academy of Arts and Sciences and received the Living Legacy Award from Mid-Atlantic Arts Foundation. In 2005 he was inducted into the American Jazz Hall of Fame and won a MAC Lifetime Achievement Award. He was named Best Pianist in 2017 by the Jazz Journalists Association for a record seventh time.

As part of its season at Kumble Theater, Brooklyn Center for the Performing Arts will also present Brooklyn-based jazz artist Alicia Olatuja (March 10, 2018) and dance troupe Step Afrika! (April 28, 2018). In addition to the artists being presented at Kumble Theater, Brooklyn Center will also partner with the Weeksville Heritage Center to present their 11th annual National Grid Earth Day Celebration (April 21, 2018).