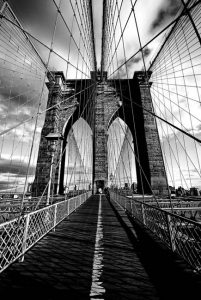 Center Welcomes 17,484 in Its First Year of Operations;

Brooklyn, NY September 8, 2016— Brooklyn Bridge Park Conservancy is pleased to announce the one year anniversary of the opening of its popular Environmental Education Center (Center). To mark the occasion, the Conservancy invites the public to special open hours on Saturday, September 10 from 1:00 – 5:00, featuring free refreshments and activities for children. The Center is located at 99 Plymouth in Brooklyn Bridge Park, at the corner of Washington and Plymouth Streets, in Dumbo.

The Center serves as the home base for the Conservancy’s extensive education programming in Brooklyn Bridge Park, welcoming both school classes and the general public. During its first year of operations, over 5,625 students from 89 schools visited the center for classes in the environmental sciences and the history of the New York City waterfront. More than 11,850 visited the Center during public open hours.

Featuring 12-ft ceilings, and a glass wall overlooking the East River, the Environmental Education Center contains two signature exhibits: a marine aquarium and a Discovery Station. The 250-gallon display aquarium showcases fish and invertebrates collected from the Hudson River Estuary that are carefully monitored and regularly released back into the river. The aquarium also contains a child-friendly touch tank where visitors can gently interact with marine animals. Current residents of the tank include striped bass, oyster toad fish, porgies, flounder, and a horseshoe crab.

An interactive Discovery Station, featuring a 10’ scale model of Brooklyn Bridge Park, provides an in-depth look at the park’s ecology, history, and sustainable design. Child-friendly modules will showcase the birds, fish, insects, plant life, and geology of Brooklyn Bridge Park. Interactive exhibits and games introduce visitors to the park’s salt marshes and oyster habitat, as well as provide hands-on opportunities to explore fish morphology and the physics of suspension bridges.

Leadership funding for the Center was provided by Con Edison and New York City Council Member Stephen Levin. Con Edison committed $250,000 to the project over five years. Councilmember Levin awarded $163,000 for the Center as part of the City’s 2015 Capital Budget.

Significant support from the TD Charitable Foundation, The Wallace Foundation, the Morris and Alma Shapiro Fund, the Hudson River Improvement Fund, and a broad base of individuals also contributed to the Center’s capital costs and program expenses. Funding for the Discovery Station was provided by the family of former Conservancy board chairman Nancy Bowe.

Since 2008, the Conservancy’s education program has welcomed over 60,000 young people from NYC schools and day camps for on-site, hands-on investigative classes in the environmental sciences. Students from all five boroughs, as well as every zip code in Brooklyn, have attended the Conservancy’s education programs, with 60% of students from Title 1 schools, and 51% from ESL classes. Curricula adhere to Common Core Standards and STEM Initiatives, and serves Pre-k through high school levels.

“From the day it opened its doors to the public, the Environmental Education Center has been a huge success,” said Regina Myer, Brooklyn Bridge Park President. “We’re so pleased with the incredible turnout and with the high quality of programs the Conservancy offers. Thousands of students from all over New York now have the opportunity to learn firsthand about the ecology of this once inaccessible waterfront.”

“We are overjoyed to celebrate the Environmental Education Center’s first anniversary,” said Nancy Webster, Executive Director of the Brooklyn Bridge Park Conservancy. “This dynamic space has provided Brooklyn Bridge Park visitors with the opportunity to explore the park at a deeper level, and we look forward to continuing to enrich our already strong environmental education program.”

“We look forward to seeing you this Saturday afternoon,” said Isa del Bello, Director of Education for the Brooklyn Bridge Park Conservancy. “In addition to all the fun and immersive exhibits at the Center, we’ve planned special activities to celebrate the first anniversary of this extraordinary learning center on the Brooklyn waterfront.”

In addition to its school-based classes, the Brooklyn Bridge Park Conservancy provides over 500 free cultural, educational, and recreational events in the park each year.