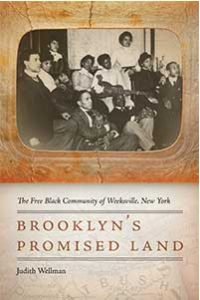 In this meticulously researched book, historian Judith Wellman shines a spotlight on the founding, growth, disappearance, and rediscovery of Brooklyn’s Weeksville, one of the largest free black communities in 19th century America. Hear how this remarkable history was all but lost until 1966, when a group of students and local citizens rediscovered four frame houses on Hunterfly Road. Wellman, Professor Emerita from the State University of NY at Oswego, animates Weeksville’s citizenry, and its invaluable role as a place of physical safety, economic prosperity, education and political power for Brooklyn’s free blacks.