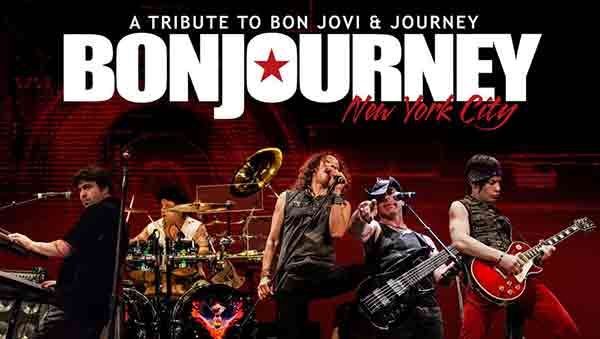 From “Don’t Stop Believin'” to “Wheel in the Sky,” “Livin’ on a Prayer” to “Blaze of Glory” and more, Journey and Bon Jovi have been responsible for some of the biggest rock hits of the last 40 years. Now, the music of these two legendary acts comes together thanks to dual tribute band Bonjourney. A single group of talented, New York-based pros, Bonjourney performs separate sets of the music of Bon Jovi and of Journey — together in one totally unique show.