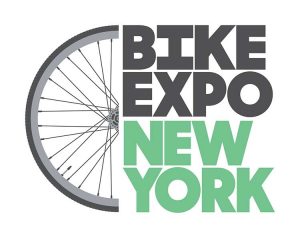 Free and Open to the Public

Here’s a previous year’s (2017) related video as featured within youtube.

The following would be from a previous year’s press release so’s to help give you an idea as to what to expect. A newer, updated one is hopefully on the horizon.

On the two days prior to the TD Five Boro Bike Tour Presented by REI, more than 60,000 cyclists will roll through Basketball City to meet, greet, & talk shop with one another and 100+ exhibitors. Like the Tour, the event is produced by Bike New York, New York City’s leading bike education nonprofit.

In addition to exhibitor booths, Bike Expo New York is packed with programming for the casual and serious cyclists alike. Events include a fashion show featuring the latest in apparel and accessories, how-to demonstrations, and much more. An outdoor bike skills zone will feature on-bike classes from Bike New York’s free curriculum. Attendees will also find a beer garden sponsored by Taste NY and several food vendors overlooking the East River.

For a full list of exhibitors and programming, go to www.bike.nyc/events/bikeexpo-new-york