World Premiere of Waiting for Pepe by Carlos Pons Guerra 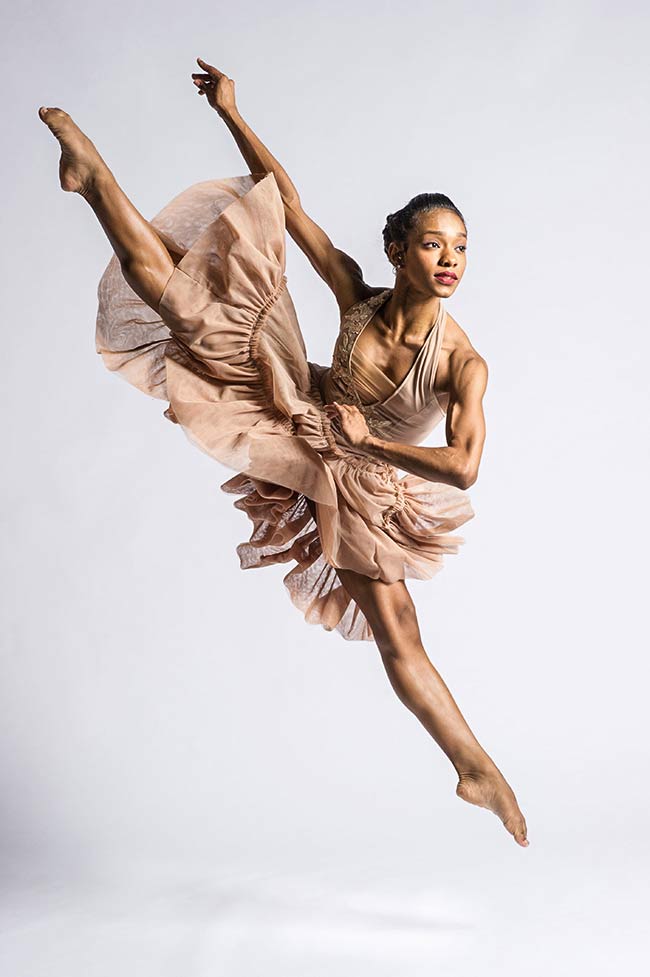 Ballet Hispánico, the nation’s premier Latino dance organization, brings its bold and eclectic brand of contemporary dance to the Joyce Theater with two World Premieres from April 10-15, 2018. Tickets start at $10 and are on sale now at Joyce.org.

Both Ballet Hispánico World Premieres were inspired by Spanish literary icon Federico Garcia Lorca. In his fourth piece with the Company, acclaimed choreographer Gustavo Ramírez Sansano, who recently premiered a new work for Alvin Ailey American Dance Theater, delves into the life of the celebrated playwright during his time in New York City in 1929. In Waiting for Pepe, Carlos Pons Guerra, a Spanish-born choreographer whose works have been performed in the United Kingdom and throughout Europe, reimagines Lorca’s 1936 play, The House of Bernanda Alba, infusing the tale of family intrigue with the theatricality of Spanish language films and telenovelas.

The Joyce program will also include the critically praised Línea Recta (2016) by Annabelle Lopez Ochoa, one of today’s most sought-after choreographers. A powerful and resonant work, Línea Recta explores an intriguing aspect of flamenco dance: the conspicuous absence of physical contact between dancers. While maintaining the integrity and hallmark passion of the genre, Lopez Ochoa imagines an original and explosive movement language premised upon the theme of communication between the sexes and performed to an original guitar composition by Eric Vaarzon Morel. Línea Recta was commissioned in part by the Apollo Theater and Jacob’s Pillow Dance Festival.

All three works in the program came to fruition through Ballet Hispánico’s Instituto Coreográfico, an innovative choreography lab for Latino dance makers launched in 2010 by Artistic Director & CEO Eduardo Vilaro. Mr. Vilaro created Instituto to foster a dialogue about the Latino experience and to express the complexity of the diaspora through dance. This innovative learning laboratory provides both emerging choreographers and dance filmmakers with a professional and supportive environment to explore their heritage and to develop their craft.

Gustavo Ramírez Sansano (1978 San Fulgencio, Spain) was Artistic Director of Luna Negra Dance Theater (2009-2013), and now he combines his work as a freelance choreographer with the direction of TITOYAYA, the company he founded in Spain with Veronica Garcia Moscardo in 2006. Sansano has received numerous awards for his choreography, including first prize at the Ricard Moragas Competition in Barcelona (1997), Prix Dom Perignon Choreographic Competition in Hamburg (2001), and Premio de Las Artes Escénicas de la Comunidad Valenciana (2005). Sansano has been commissioned to create works for many companies such as Nederlands Dans Theater, Compania Nacional de Danza, Hubbard Street Dance Chicago, Luzerner tanz Theater, Ballet BC, The Hamburg Ballet, Atlanta Ballet, Ballet Hispánico, and Luna Negra Dance Theater, among others. As a dancer, Sansano was part of the most prestigious companies such as Ballet Joven de Alicante, Ballet Contemporaneo de Barcelona, Ballet de la Comunidad de Madrid/Victor Ullate, Nederlands Dans Theater II and Hubbard Street Dance Chicago, doing some original works by Jacopo Godani, Hans Van Manen, Jiří Kylián, Ohad Naharin, Johan Inger, Paul Lightfoot, Victor Ullate and many more. Sansano was chosen by the magazine POR LA DANZA for its 15th anniversary as one of the “Fifteen Choreographers to Watch” (2004), Dance Magazine featured Luna Negra’s Artistic Director, Gustavo Ramírez Sansano as one of “25 to Watch” (2011), and he was named a “Chicagoan of the Year in Arts & Entertainment” by the Chicago Tribune (2012). In June 2017, he was chosen by the APDCV for its 30th anniversary as “Outstanding Valencian choreographer.” He also has created a few operas with Chicago Opera Theater (Andreas Mitisek) María de Buenos Aires, Opera Omaha (James Darrah) Semele, and Bard SummerScape, Iris (James Darrah). Along his time creating, he has worked with Luis Crespo as Set Design for most of his productions. He has also collaborated with artists such as David Delfin, Angel Sanchez, Nicolas Fischtel, Bregje van Balen, and Gelson Amaran, to name a few.

Carlos Pons Guerra is an independent choreographer who has created work on dancers from companies such as Rambert, Northern Ballet, Attakkalari Centre for Movement Arts (India), ENDanza (Dominican Republic), Verve, Elmhurst School of Dance (Associate School of Birmingham Royal Ballet) and more, as well as receiving commissions from international dance institutions such as Sadler’s Wells, The Lowry, Birmingham Hippodrome and the British Council. Carlos founded his company, DeNada Dance Theatre, in 2012, and has created four works for it since. His triple bill for DeNada, Ham and Passion, has had two international tours, playing across the UK, as well as internationally in the Caribbean and Europe. In 2015, Carlos was nominated for the UK Critic’s Circle National Dance Awards, in the category of Best Emerging Artist, and in 2016, his company received two nominations for the same awards: ‘Best Independent Company’ and ‘Outstanding Female Performance (Modern)’ for dancer Marivi Da Silva’s role in Carlos’ work, Young Man!. Carlos was a guest choreographer in Northern Ballet’s 2016 Choreographers’ Lab, has taught internationally at leading conservatoires, and is an associate artist at DanceXchange, Birmingham. Current and future projects include TORO: DeNada Dance Theatre’s Beauty and the Bull, a new full-length work for DeNada, and its subsequent 2018 UK national tour; Penguins, a children’s production for Birmingham Repertory Theatre and Cahoots Theatre Northern Ireland, a new male duet for internationally renown Malaysian dancer Mavin Khoo. Originally from Gran Canaria, Spain, Carlos began his ballet training at the Choreographic Centre of Las Palmas, under direction of Anatol Yanowsky, and at the Royal Conservatoire for Dance of Madrid, before completing his training at the Northern School of Contemporary Dance.

Ballet Hispánico, the premier Latino dance organization in the United States, brings individuals and communities together to celebrate and explore Latino cultures through dance. Whether dancing on stage, in school, or in the street, Ballet Hispánico creates a space where few institutions are breaking ground. The organization’s founder, National Medal of Arts recipient Tina Ramirez, sought to give voice to the Hispanic experience and break through stereotypes. Today Ballet Hispánico is led by Eduardo Vilaro, an acclaimed choreographer and former member of the Company, whose vision of social equity, cultural identity and quality arts education for all, drives its programs. Ballet Hispánico, a role model in and for the Latino community, is inspiring creativity and social awareness in our neighborhoods and across the country by providing access to arts education.

Mr. Vilaro’s own choreography is devoted to capturing the spiritual, sensual and historical essence of the Latino cultures. He created over 20 ballets for Luna Negra and has received commissions from the Ravinia Festival, the Chicago Sinfonietta, the Grant Park Festival, the Lexington Ballet and the Chicago Symphony. In 2001, he was a recipient of a Ruth Page Award for choreography, and in 2003, he was honored for his choreographic work at Panama’s II International Festival of Ballet. In 2016, he was inducted into the Bronx Walk of Fame. Mr. Vilaro was also inducted into the Bronx Walk of Fame in 2016 and was awarded HOMBRE Magazine’s 2017 Arts & Culture Trailblazer of the Year.

The Joyce Theater Foundation (“The Joyce,” Executive Director, Linda Shelton), a nonprofit organization, has proudly served the dance community for over three decades. Under the direction of founders Cora Cahan and Eliot Feld, Ballet Tech Foundation acquired and The Joyce renovated the Elgin Theater in Chelsea. Opening as The Joyce Theater in 1982, it was named in honor of Joyce Mertz, beloved daughter of LuEsther T. Mertz. It was LuEsther’s clear, undaunted vision and abundant generosity that made it imaginable and ultimately possible to build the theater. Ownership was secured by The Joyce in 2015. The theater is one of the only theaters built by dancers for dance and has provided an intimate and elegant home for over 400 U.S.-based and international companies. The Joyce has also presented dance at Lincoln Center since 2012, and launched Joyce Unleashed in 2014 to feature emerging and experimental artists. To further support the creation of new work, The Joyce maintains longstanding commissioning and residency programs. Local students and teachers (K-12th grade) benefit from its school program, and family and adult audiences get closer to dance with access to artists. The Joyce’s annual season of about 48 weeks of dance now includes over 340 performances for audiences in excess of 150,000.