Returns to The Apollo Theater

By Eduardo Vilaro and Edgar Zendejas 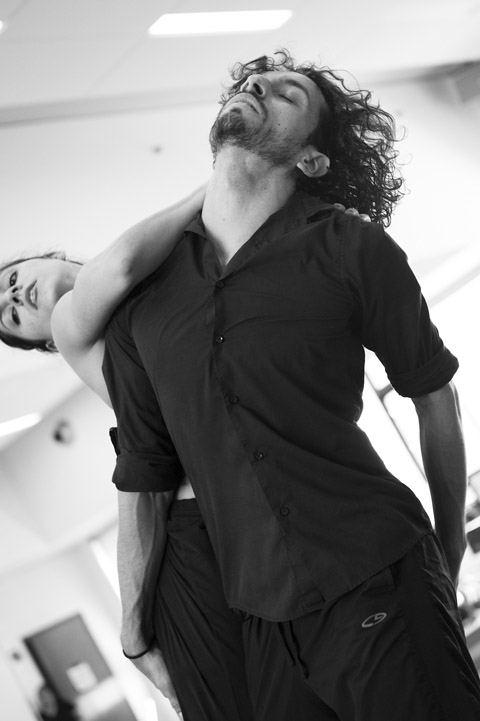 Ballet Hispanico, recognized as the nation’s leading Latino dance organization since 1970, returns to the legendary Apollo Theater on Saturday, November 23, 2013 at 7:30pm, following last season’s sold-out holiday performance. The performance is sponsored by Goya Foods.  Highlights include a seductive world premiere by Edgar Zendejas inspired by the beloved Mexican celebration “Día de los Muertos” (Day of the Dead), and the Apollo premiere of Belgian-Colombian Annabelle Lopez Ochoa’s Sombrerísimo, an athletic tour de force for six male dancers. The world premiere of Artistic Director Eduardo Vilaro’s Hogar will be set to vibrant live music by Ljova and the Kontraband, a mix of classical, Latin, and gypsy melodies. The Apollo Theater is located at 253 W. 125th Street, NYC. Tickets start at $28 and are available for purchase in person at the Apollo Theater Box Office, or through Ticketmaster at 800.745.3000 or www.ticketmaster.com.

Hogar (World Premiere) with live music by Ljova and the Kontraband

An absorbing exploration of individuality, Sombrerísimo is an athletic tour de force for six men, full of rhythmic agility and stylistic flair.  The work was specially commissioned by New York City Center for the 10th anniversary of its Fall for Dance Festival.

“We are thrilled to return to the historic Apollo Theater after a sold-out program last year,” said Eduardo Vilaro, Artistic Director of Ballet Hispanico.  “The three premieres this year bring diverse perspectives to the stage, and together they explore myth, tradition, and the celebration of the Latino experience.”

“Goya is honored to play a role in bringing Ballet Hispanico, along with its culture and tradition, to one of the most legendary and recognized theaters in the world,” said Bob Unanue, President of Goya Foods and a board member of Ballet Hispanico.

Reviewing last year’s engagement, The New York Times said: “It feels like a tradition in the making. Premieres and an enthusiastic audience combine with the [Apollo] Theater’s historic vibrations for a sense of special occasion.” 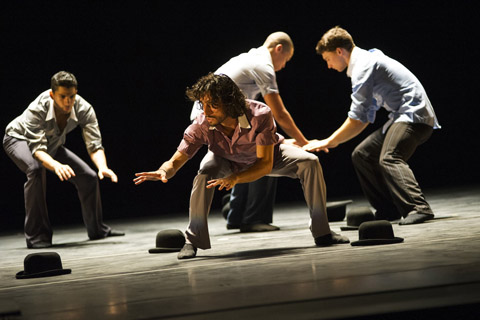 Ballet Hispanico’s 2014 New York season is made possible by Jody and John Arnhold, Goya Foods, The Harkness Foundation for Dance, Bloomberg Philanthropies, The Fan Fox & Leslie R. Samuels Foundation, The Shubert Foundation, The Princess Grace Foundation – USA and with public support from the National Endowment for the Arts, the New York State Council on the Arts, a state agency, the New York City Department of Cultural Affairs in partnership with the City Council, and Spain Culture New York-Consulate General of Spain & Spain Arts & Culture.

MetLife Foundation is the Official Tour Sponsor of Ballet Hispanico.

American Airlines is the Official Airline of Ballet Hispanico.

Celebrating 43 years of dance and culture, Ballet Hispanico is recognized as the nation’s premier Latino dance organization. Led by Artistic Director Eduardo Vilaro, the Company boasts a rich and diverse repertory of over 100 works by the foremost choreographers and emerging artists of our time. The works expand on founder Tina Ramirez’s legacy of exploring the diversity of Latino culture through a fusion of Latin and contemporary dance powered by theatricality and passion.  The Company has performed for an audience of nearly 3 million, throughout 11 countries, on 3 continents.  For more information, visit www.ballethispanico.org. Follow Ballet Hispanico on Facebook and Twitter.

EDUARDO VILARO, a first generation Cuban-American, began as artistic director of Ballet Hispanico in August of 2009, becoming only the second person to head the company since it was founded in 1970. Mr. Vilaro has been part of the Ballet Hispanico family since 1985. As a dancer with the Ballet Hispanico Company, he performed throughout the U.S., Latin America and Europe and assisted founder Tina Ramirez with the development of dance education residencies.  Mr. Vilaro is also an accomplished choreographer, having created works for the Ravinia Festival, the Chicago Sinfonietta, the Lexington Ballet, the Civic Ballet of Chicago, and over 20 ballets for Luna Negra Dance Theater, the company he founded in Chicago. He received a B.F.A. in Dance from Adelphi University and an M.A. in Interdisciplinary Art from Columbia College Chicago, where he served as Artist-in-Residence at The Dance Center.  Mr. Vilaro was a guest speaker at the Salzburg Global Forum for Young Cultural Leaders and the National Association for Latino Arts and Culture, and continues to speak to the growing need for cultural diversity and dance education.

ABOUT LJOVA AND THE KONTRABAND

Hailed by the New York Times as “dizzyingly versatile… an eclectic with an ear for texture… strikingly original and soulful”, LJOVA (Lev Zhurbin) was born in 1978 in Moscow, Russia, and moved to New York with his parents, composer Alexander Zhurbin and writer Irena Ginzburg, in 1990. He divides his time between composing for the concert stage, contemporary dance & film, leading his own ensemble LJOVA AND THE KONTRABAND, as well as a busy career as a freelance violist & musical arranger. Among recent collaborations are projects with Yo-Yo Ma, the Kronos Quartet, Gustavo Santaolalla, Osvaldo Golijov, and Alondra de la Parra. Recent commissions have included projects with the string quartet Brooklyn Rider, choreographer Aszure Barton, and filmmaker Josef Astor.

ABOUT THE APOLLO THEATER

The Apollo is a national treasure that has had significant impact on the development of American culture and its popularity around the world.  Since introducing the first Amateur Night contests in 1934, the Apollo Theater has played a major role in cultivating artists and in the emergence of innovative musical genres including jazz, swing, bebop, R&B, gospel, blues, soul, and hip-hop.  Ella Fitzgerald, Sarah Vaughan, Billie Holiday, Sammy Davis, Jr., James Brown, Michael Jackson, Bill Cosby, Gladys Knight, Luther Vandross, D’Angelo, Lauryn Hill, and countless others began their road to stardom on the Apollo’s stage. The Apollo Theater’s new artistic vision builds on its legacy.  New Apollo programming has music as its core, driving large scale and more intimate music, dance and theater presentations.  The Apollo will continue to present historically relevant presentations, as well as more forward-looking, contemporary work.Based on its cultural significance and architecture, the Apollo Theater received state and city landmark designation in 1983 and is listed on the National Register of Historic Places. For more information, visit www.apollotheater.org.

Founded in 1936, Goya Foods, Inc. is America’s largest Hispanic-owned food company, and has established itself as the leader in Latin American food and condiments. Goya manufactures packages and distributes over 1,600 high-quality food products from the Caribbean, Mexico, Central and South America. Goya products have their roots in the culinary traditions of Hispanic communities around the world; their combination of authentic ingredients, robust seasonings and convenient preparation make them ideal for every taste and every table. For more information on Goya Foods, please visit www.goya.com.