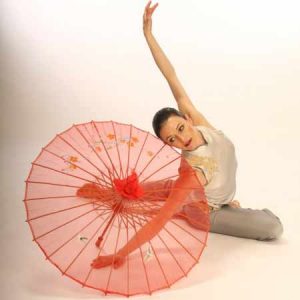 Dance Song of the Phoenix

The critically acclaimed Nai-Ni Chen Dance Company will perform Song of the Phoenix at Bailey Hall at Broward College in Davie, Floridaon September 24, 2016 at 7:30pm, with a master class and special performance for students on campus on Friday, September 23, 2016.

Experience the majestic thunder of the martial arts and the mysterious whisper of poetry through the global language of dance as performers glide across the stage with color, intensity and a whisper of Chinese tradition. Song of the Phoenix brings audiences on a journey through space and time to a place where tradition meets innovation and freedom arises from discipline. The phoenix is known in both eastern and western cultures as an awe-inspiring creature of death-defying strength and majesty. For the West, it symbolizes renewal, and for the East, the power and mystery of the feminine.  Song of the Phoenix features original and unique choreography by Nai-Ni Chen, whose repertoire seamlessly blends ancient rituals and modern concepts.

Bailey Hall at Broward Collegeis located at 3501 Davie Road in Davie, FL 33314. Tickets are $20-$38 and can be purchased at www.baileyhall.org/signature-series/item/nai-ni-chen-dance-song-of-the-phoenix.

About The Nai-Ni Chen Program at Bailey Hall

This dance was originally inspired by the sculpture titled Nine Muses by Carlos Dorian installed at Grounds for Sculpture in Hamilton, New Jersey.  The choreographer also draws ideas from the offering of incense in the long corridors of an ancient temple from her childhood.  The rising white clouds of the incense is said to bring the believer’s prayer from their hearts to God’s ears.  The music reminds her of the mystical elements of nature and the more abstract, formal elements that gives structure to our faith and thus our lives.

Duet on the River of Dreams

This dance is part of the Dance Drama ” White Mountain Black Water”.  In Northeast China, the Black Dragon River lies beneath the White Mountain.  Each spring, the glacier on top of the mountain melts and flows down to the fertile soil and river beneath.  In this dance, the choreographer imagines the beautiful landscape that reflects the tall mountain in the adjacent water.  A fisherman on his boat paddles through the river.  Beside him, the spirit of the water accompanies him through his long journey into eternity.

The choreographer draws inspiration from her childhood memory of the Taiwanese city in which she was born, Keelong, also known as the “Rain Harbor.”

This is Nai-Ni Chen’s first exploration of the ancient Chinese theory that the cycles of creation and destruction correspond to the ever-changing phenomena of nature. The “Five” refers to the five elements: wood, water, fire, metal, and earth. Each element, as part of the forces of nature, creates another in harmony and destroys another in conflict.  This exploration is focus on the element of “Fire”.

‘Cross Current” is a project with composer Huang Ruo and commissioned by New Music USA.  Ms. Chen and Mr Huang wish to reflect the cross-cultural experience that they encountered in this project.  The journey of an immigrant adapting to the new homeland is full of struggle and discovery.  In this new dance, Ms. Chen attempts to illustrate this by looking at the elegant and graceful line of Chinese calligraphy and the bold, colorful street art she sees on subways and buildings of New York City.  This contrast is a parallel of an immigrant’s journey.  We strive to honor the tradition and at the same time advance the state of the art towards the future through our unique cross cultural experience.

Inspired by the unique rhythms and dance movement of the Uyghur people of Xinjiang, China, Ms. Chen created a new movement vocabulary for this dance.    The tranquility and passion in this dance evoke the images of the desert area and the people who lived in the oasis town.  The music for this dance was commissioned by the Live Music for Dance Program of American Music Center.

Bailey Hall brings the highest quality artists to Broward College over the course of the school year. In addition to performing on the Bailey Hall stage artists provide master classes for students and also go out into the community.  http://www.baileyhall.org/