Event to feature numerous Olympians, high-energy atmosphere and fun for all ages
General admission is free, tickets and premium packages available at www.avp.com 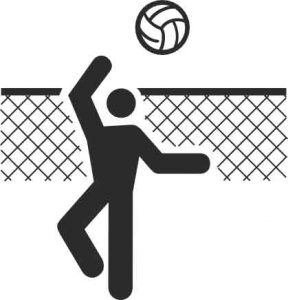 The AVP (Association of Volleyball Professionals) Tour, the top professional beach volleyball tour in the U.S., will bring the best and brightest stars of beach volleyball to Hudson River Park’s Pier 26/25 in Lower Manhattan this summer.  The AVP New York City Open, which will be held at Hudson River Park’s Pier 26/25 from July 16-19, will feature 16 top men’s and 16 top women’s duos competing in three days of main draw play preceded by a one-day open qualifying tournament.  The tournament is the second on the AVP’s 2015 schedule – and the only stop in the Northeast.

Fans will get an up close look at the sport like never before, with four days of world-class beach volleyball competition and an unmatched high-energy atmosphere in the heart of Manhattan. The AVP New York City Open is a true celebration of beach volleyball, with fun for all ages including music, food, interactive games, beach volleyball clinics and more.

*All times subject to change

Jennifer Kessy, a 2012 Olympic silver medalist who returned to action this summer after missing all of last season to start a family

Jake Gibb (two-time Olympian) and partner Casey Patterson, who have won nine of the 15 AVP tournaments they have played together, including four straight.

TICKETS: General admission is free, and exclusive premium tickets and hospitality packages are available for purchase at www.AVP.com.