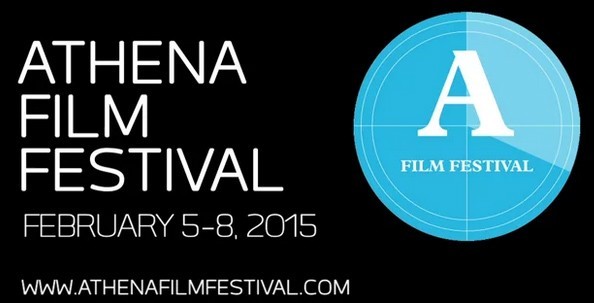 New York, NY (January 9, 2015) – The Athena Film Festival announced today its 2015 lineup, featuring an array of narrative, documentary and short films.  The festival and its upcoming slate honor extraordinary women in the entertainment industry and spotlight films that showcase women’s leadership in real life and the fictional world.  Now in its fifth year, the festival runs from Thursday, February 5 through Sunday, February 8 on the Barnard College campus in Morningside Heights. Regina K. Scully, the Phoebe Snow Foundation, and the Artemis Rising Foundation are the festival’s Founding Sponsors.

The festival opens on Thursday night with the New York Premiere of DREAMCATCHER, a documentary directed by Kim Longinotto.  2015 Athena awardee Gina Prince-Bythewood, director of BEYOND THE LIGHTS, will participate in a Q & A on Saturday night following a screening of the film starring Gugu Mbatha-Raw.

“We are thrilled to celebrate the fifth year of this unique film festival with an inspiring and diverse range of films,” said Kathryn Kolbert, co-founder of the Festival and Constance Hess Williams Director of the Athena Center for Leadership Studies.  “Where better to celebrate the power and leadership of women in film than on the Barnard College campus in New York, which will be transformed this February with screenings, panels and our annual awards ceremony.”

“These films were selected for the power of their stories to inspire us to think about women’s leadership differently,” said Melissa Silverstein, co-founder and Artistic Director of the Festival and founder of Women and Hollywood. “We are proud to unveil a 2015 line-up that continues to provide a place for audiences to learn, experience and connect.”

As previously announced Academy Award®-winning actress and filmmaker Jodie Foster will receive this year’s Laura Ziskin Lifetime Achievement Award.  Additional awardees include Sheila Nevins, President of HBO Documentary Films, Gina Prince-Bythewood, director, writer and producer behind films such as Love & Basketball, The Secret Life of Bees and Beyond the Lights, and Cathy Schulman, Academy Award®-winning producer, President of Mandalay Pictures, and President of Women in Film, known for films including Crash, The Illusionist, Darfur Now and Bernie.

The full lineup is available now on the Athena Film Festival’s website.  Additional screenings, panels and special events will be announced in the coming weeks.  Please visit athenafilmfestival.com for regular updates and to purchase tickets or passes.