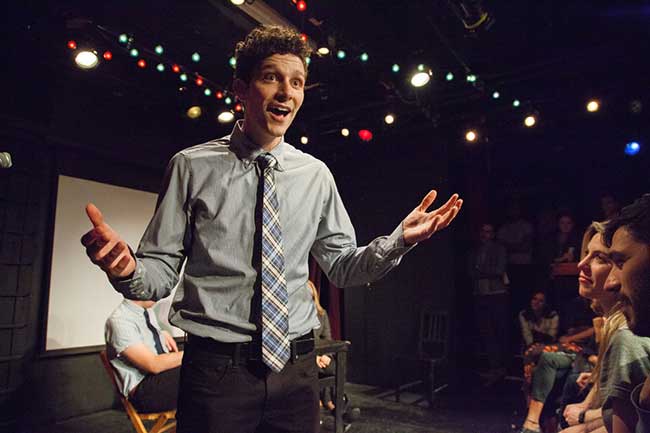 LO-FI NYC is the wild basement comedy show you’ve always dreamed of. With stand-up, sketches, sledgehammers and subway musicians, it’s a little like The Muppet Show, but with fewer puppets and way more drinking.

Members of the cast have written for Playboy, The Onion, The New Yorker, The Tonight Show Starring Jimmy Fallon, The Late Show with David Letterman, and Clickhole; one of them actually won an Emmy. And now they’re all slumming it with Lo-Fi.

Lo-Fi NYC is presented at UNDER St. Marks (94 St. Marks Place between 1st Avenue and Avenue A) every Third Saturday of the month at 10:30pm. Tickets ($5) are available online at www.FRIGIDnewyork.info. Visit www.lofi.nyc for more info on the show!