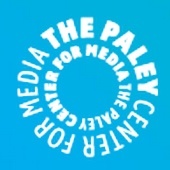 Batman at 75: To All a Dark Knight

Even your grandmother could name Batman’s sidekick or home base (or maybe both). The Dark Knight is arguably the world’s most popular superhero and one of the most iconic and influential fictional characters of all time. Celebrate the seventy-fifth anniversary of his first appearance, in Detective Comics #27 (May 1939), with this panel of influential creators and interpreters of Batman entertainment, all of whom were fans first. (Bring your grandmother.)