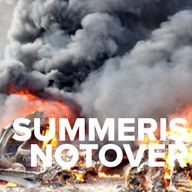 At the Austrian Cultural Forum

As part of our 1914-2014 remembrance activities and in response to the recent natural disaster in Bosnia and Herzegovina and in honoring its victims, the ACFNY presents Sarajevo 1914-2014. One century in three acts.

Witness the final moments of Archduke Franz Ferdinand’s life on the streets of Sarajevo in June 1914, as narrated by Slovenian-Austrian writer and judge, Janko Ferk, and interpreted by Bosnian musician, Atilla Aksoj. Engage in ideas discussed by a high-level multidisciplinary and international panel, moderated by The Economist’s Tim Judah, concerning the recent Bosnian Spring and today’s ‘state of the arts’ in this culturally and historically rich country. Listen to what international leaders and scholars have to say in conversation with young Bosnian artists, and don’t miss a unique cultural experience and ‘concerto’ by  Zoster, performing traditional Sephardic, Bosnian folk and contemporary music.