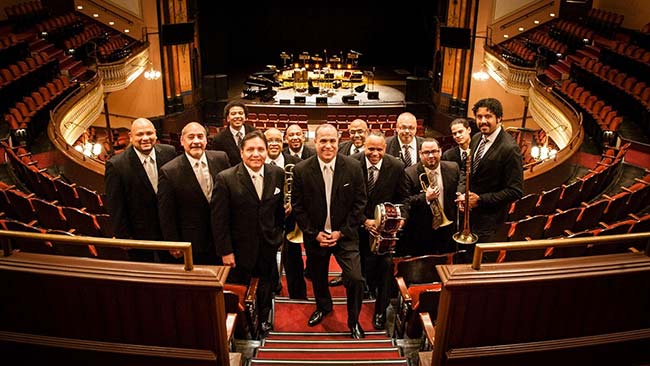 The first edition of Artists for Puerto Rico will be held on November 11, 2017 at 4 p.m. at the Brooklyn Music School (BMS), 126 Saint Felix Street, Brooklyn. Tickets are $30-50 and are available at www.artistsforpuertorico.com. All proceeds will benefit the Boys & Girls Club of Puerto Rico.

“For this first edition, the Brooklyn-based, Latin jazz group SUPERMAMBO will open for the two-time Grammy winning Spanish Harlem Orchestra,” said Rafael Rosa, a Puerto Rican guitarist/composer and an organizer of the event. “We are all donating our talent and time. Our brothers and sisters in Puerto Rico have a long road ahead for them, as most of the island is still without basic necessities, and the support of New Yorkers for their fellow Americans on the island is heart warming.”

“Rafael has been a dedicated faculty member for many years and was the guy to turn to when BMS wanted to help the people of Puerto Rico. I knew that his passion, motivation, and reputation as a guitarist and composer would make this event happen,” said Piruz Partow, executive director of Brooklyn Music School. Brooklyn Music School is a co-sponsor and host for the event.

Hurricane María’s strong winds and rain brought disaster to Puerto Rico, including deaths and losses of billions of dollars to individuals, local government and the private sector. Many of the island residents are still without power, which has caused issues with food distribution, access to water, and other basic needs.

“We know that the recovery process will be long for Puerto Rico, for which we have decided to get in touch with artists of all kinds as well as other organizations that are doing an amazing job in helping Puerto Rico,” said Orlando Montañez, organizer and co-founder of the Puerto Rico event production company, CUBE Group Events. “We have selected Boys & Girls Club de Puerto Rico, which has been helping children and teens on the Island for over 50 years, for this first edition.”

For more information about the Organization and how to contribute, visit www.bgcpr.org.

Relief Concert Series: Latin Edition, is a concert series in which important music artists will be participating in order to contribute and donate to nonprofit entities that help the communities most affected by Hurricane María in Puerto Rico.

Spanish Harlem Orchestra, the two-time Grammy winning Salsa and Latin Jazz band, sets the standard for excellence for authentic, New York style, hard core salsa. Live or recorded, it doesn’t get any better. Whether a concert hall or an outdoor jazz festival, there is no easing you in, they are coming at you full force from start to finish. Their energy on stage, rich sound and musical precision leave audiences mesmerized until the last note is played. With an unwavering respect for the musics rich history, thirteen world-class musicians and vocalists come together to create an unparalleled musical experience. Now in its fourteenth year, SHO, as they are known to fans, is dedicated to the sounds of the barrio. Their music is characterized by the raw, organic and vintage sound defined by the genre. They are on a mission to keep the musical legacy of salsa dura “hard salsa” alive and expand its audience to those who love great music, not just Latin music. Grounded in the past, while focused on the future, they strive to keep the music relevant, while creating a unique and fresh approach. With four albums, and as many Grammy nominations, this Latin Jazz powerhouse knows it is crucial to continually push themselves and raise the bar.  They recently released their fifth album, featuring two of America’s great jazz icons, Chick Corea & saxophonist Joe Lovano. Oscar Hernandez and Spanish Harlem Orchestra continue to raise the bar of excellence in their music.

Mambo King and timbalero extraordinaire Tito Puente was also an accomplished vibraphone player. The instrument was prominently featured on his early mambo recordings. Grammy-nominated Felipe Fournier is a percussionist and vibes player from Costa Rica who plays with Ruben Blades and classic salsa outfit Our Latin Thing. He has assembled a group of musicians who have collectively played with some of the greatest Latin musicians – Eddie Palmieri, Willie Colon as well as the late Tito Puente himself.