The ADAA Announces Program Highlights for the 30th Annual Edition of The Art Show, February 28 – March 4, 2018

The Art Show 2018 Celebrates Three Decades of Partnership Between the ADAA, Henry Street Settlement, and the Park Avenue Armory 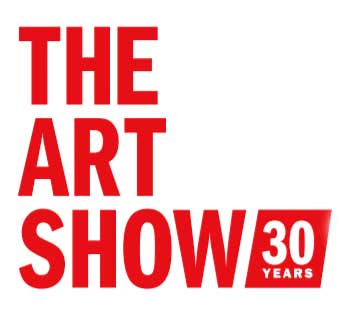 New York, January 17, 2018—The Art Dealers Association of America (ADAA) today announced additional program highlights of the 30th edition of The Art Show, the nation’s longest-running and most respected art fair. Open to the public February 28 – March 4, 2018, The Art Show 2018 marks an unprecedented three decades of partnership between three major cultural organizations, the ADAA, the venerable community nonprofit Henry Street Settlement and New York City’s foremost cross-disciplinary cultural institution, the Park Avenue Armory. Since the fair’s inception, The Art Show has raised nearly $30 million for Henry Street Settlement through fair admission and proceeds from the annual Gala Preview, which kicks off this year’s fair on February 27. AXA Art Americas Corporation, the world’s premier insurance specialist for art and collections, continues its decade-long support of the ADAA and serves for the seventh year as Lead Partner of The Art Show.

Organized by the ADAA, a nonprofit membership organization of art dealers across the country, The Art Show 2018 welcomes eleven returning galleries from the first fair in 1989, as well as many first-time exhibitors presenting ambitious solo shows, curated group presentations and never-before-seen works. To celebrate this landmark edition, acclaimed ink artist Wang Dongling will create new abstract calligraphy work during a public performance on Wednesday, February 28, at 5:30 p.m. in association with his Chambers Fine Art presentation at The Art Show. For the fair’s annual keynote public program, the ADAA is pleased to welcome AXA Art Americas Corporation President and CEO Christiane Fischer to discuss the rich afterlives of damaged art. The free program, titled “The Value of ‘Dead’ Art: Afterlives of Damaged Works,” will take place at the Park Avenue Armory on Thursday, March 1, at 6:00 p.m.

“A visionary group of ADAA gallerists came together in 1989 to create The Art Show, aiming to engage the public with the caliber of art and ideals represented by exemplary galleries and our profession. Now the nation’s longest-running art fair, The Art Show has been an anchor of the New York cultural landscape ever since,” said Adam Sheffer, ADAA President and Cheim & Read Partner and Sales Director. “We are so proud of the ADAA’s lasting commitment to support a local philanthropic cause through our partnership with Henry Street Settlement – a testament to the contributions of art galleries to the greater cultural community.”