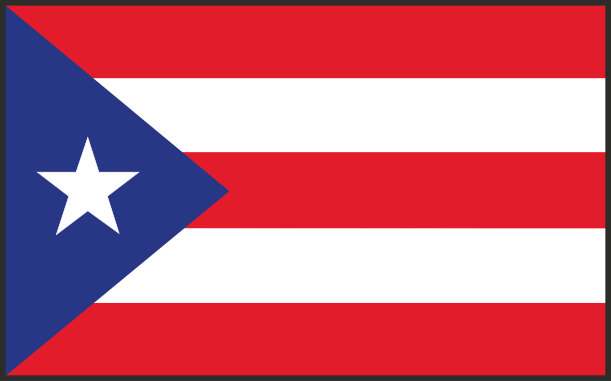 April 30, 2019, San Juan, PR  – At a press conference held in San Juan, Puerto Rico, the National Puerto Rican Day Parade (NPRDP) Board of Directors made additional announcements regarding its plans for the 62nd Annual celebration, including key themes, tributes and an initial list of honorees.  Under the theme, “One People, Many Voices,” the Parade will continue celebrating the best of Puerto Rican art, culture and history, while also highlighting special causes and initiatives to foster economic development and help rebuild Puerto Rico in the post-Hurricane Maria era.

As part of this year’s celebration, the NPRDP will honor two legendary singer/songwriters who have celebrated and helped shape the repertoire of Puerto Rican music for decades. As part of this year’s celebration, the NPRDP will honor the internationally acclaimed 7-time GRAMMY award winner, José Feliciano with the Lifetime Achievement Award. Mr. Feliciano’s music has impacted global culture, with songs like “Feliz Navidad” becoming ranked among the top American holiday classics.  Also honored for Lifetime Achievement is Alberto Carrión, composer of “Amanecer Borincano,” considered by many as a second national hymn in Puerto Rico. This past September 20, Mr. Carrión led the chorus of the University of Puerto Rico in Cayey, performing this iconic song to memorialize the one-year anniversary of Hurricane María’s landfall in Yabucoa, Puerto Rico. Also honored for Lifetime Achievement is Puerto Rico’s “television sweetheart”, Dagmar Rivera, whose distinguished career has spanned four decades and impacted pop culture and entertainment on the Island. Recently, Telemundo dedicated their 65th Anniversary Celebration to Ms. Rivera, in recognition of her prolific and successful career.

The 2019 NPRDP Madrina (Godmother) title goes to Latin GRAMMY Award winning artist, La India.  Born in Rio Piedras, PR, and known as “La Princesa de la Salsa,” La India is credited with top dance hits that span musical genres including Freestyle, Hip-Hop and Reggaetón.  She is best known for her Salsa classics, including Billboard hit “Dicen que soy” and “Vivir lo nuestro,” a duet sung with Marc Anthony. Her contributions to Puerto Rican and Latin music continue to this day, starring in the international tour of the theatrical production, Forever Tango, in 2019.

Joining this year’s honorees is former Major League Baseball legend and newly elected National Baseball Hall of Fame 2019 member, Edgar Martínez,  the 2019 NPRDP All-Star Athlete. Edgar had an impressive career that spanned 18 years with the Seattle Mariners. He is recognized as one of only nine players in Major League history to record at least 300 home runs, 500 double and 1,000 walks while posting a career batting average over .300 and a career on-base percentage over .400.

Taking on the Issue of Human Trafficking

Each year, the Parade Board of Directors selects a cause or issue of importance to the Puerto Rican community to help create awareness and identify solutions.  This year, the NPRDP will raise awareness on the issue of human trafficking by honoring the Ricky Martin Foundation for its work to denounce human trafficking and for its research and community initiatives to educate about its existence.

Human trafficking is one of the most lucrative crimes in the world, impacting an estimated 49.8 million people around the world.  Through its research, the Ricky Martin Foundation is working to shine a spotlight on the existence of this crime and its impact on Puerto Rico and the Caribbean.

One of the key tributes celebrated by the NPRDP in 2019 will be celebrating the life’s work of the legendary cellist, composer and conductor, Pablo Casals. Born in Catalonia, Spain of a Puerto Rican mother, Casals was known as one of the greatest cellists of his time. He relocated to Puerto Rico, where he established the Casals Festival, in 1955, which continues to be one of the world’s pre-eminent classical music festivals to this day.  He later founded the Puerto Rico Symphony Orchestra and the Puerto Rico Conservatory of Music, in 1958 and 1959, respectively. Casals was awarded the Presidential Medal of Freedom by John F. Kennedy, in 1963. The Puerto Rico Symphony and Conservatory of Music are celebrating 60 years of continuing Pablo Casal’s legacy by celebrating Puerto Rico’s contribution to classical music and the performing arts, and each institution is being honored in the 2019 Parade.

Also present were the Maestro Maximiano Valdés, Musical Director for the Puerto Rico Symphony, Islaím Rodríguez, Assistant Director for the Corporation for Musical Arts and Jessabet Vivas Capó, Director for Cultural Promotion.  In a note received from Carlos Ruiz, he expressed, “For the Instituto de Cultura Puertorriqueña and La Orquesta Sinfónica de Puerto Rico, it is an honor to participate for the first time in direct collaboration with the renowned organization of the National Puerto Rican Day Parade  Mr. Carlos R. Ruiz, Executive Director of the Instituto de Cultura Puertorriqueña, La Corporación de las Artes Musicales and La Orquesta Sinfónica de Puerto Rico. Our Puerto Rican sentiment transcends geographic boundaries, and it is our goal to create strong ties of fraternity and collaboration with our fellow Puerto Ricans residing in the United States. Regardless of where we find ourselves, Puerto Rico will always be felt as one heart.”

As part of the tribute to Puerto Rico’s contributions to the Classical Music and Performing Arts, the NPRDP will honor world-renowned, GRAMMY award-winning soprano and opera singer, Ana María Martínez as Orgullo Puertorriqueño. Born in San Juan and considered to be one of today’s foremost sopranos, Martínez graduated from the Juilliard School of Music and went on to perform with the world’s most elite opera companies, including New York’s Metropolitan Opera, the San Francisco Opera and Lyric Opera Chicago. She regularly performs with the Houston Grand Opera, where she is currently serving as Artistic Advisor. Even with her global fame, Ms. Martínez performs regularly in Puerto Rico, with appearances at the Casals Festival and engagements with the Puerto Rico Symphony Orchestra; including  a standing ovation at their 60th Anniversary Gala Concert, in November 2018.

The NPRDP is committed to promoting the pursuit of education through its scholarship program, as well as by recognizing individuals and organizations that have positively impacted the Puerto Rican community in this regard. In 2019, the NPRDP will pay tribute to the posthumous honoree, Pura Belpré, the first Puerto Rican librarian in the New York Library system. Born in Cidra, Puerto Rico, Pura Belpré was an advocate for the Puerto Rican community of Spanish Harlem.  She instituted a bilingual storytelling program for the youth of El Barrio, to continue connecting them with their heritage while improving their English skills. Her groundbreaking work transformed the 115th Street Branch into a cultural center for New York’s Latino Community.

In 2019, the NPRDP is also recognizing the Flamboyán Foundation, whose mission is to implement sustainable solutions so children most impacted by inequity are able to thrive. Founded by Kristin Ehrgood and Vadim Nikitine, and guided by the belief that all children deserve the opportunity to live a fulfilling life, the Flamboyán Foundation works to ensure students most impacted by inequity are prepared to succeed in school and beyond.

For a third consecutive year, the Parade will award 100 scholarships to exceptional high school seniors and college freshmen, sophomores and juniors of Puerto Rican descent. Each scholarship is in the amount of $2,000 for a total pool of $200,000, a 20-fold increase since 2013.  This year’s applicants represent over 20 states and Puerto Rico.  Scholarship recipients will be announced at the Education Leadership Awards on May 25, in New York City.

In 2018, the NPRDP paid tribute to several organizations that were helping with the recovery from Hurricane Maria.  The Parade continues that work this year by also recognizing organizations whose work promotes economic development on the Island. As part of this initiative, NPRDP recognizes  Discover Puerto Rico, a newly established private, not for-profit Destination Marketing Organization (DMO) whose mission is to make Puerto Rico visible to the world as a premier travel destination. With the aim of bringing prosperity to the people of Puerto Rico, Discover Puerto Rico promotes the Island’s diversity and uniqueness for leisure and business travel, as well as events. Discover Puerto Rico will have a key role at the NPRDP Gala Fundraiser and at the June 9 Parade on Fifth Avenue.

A Special Recognition for Sports Legends and Rising Stars

The 2019 Parade celebration will honor Puerto Rican athletes that have left their mark on sports history, including legends and rising stars. The NPRDP will honor the legendary 1979 Puerto Rican National Basketball Team that competed against the United States team for the gold medal at the thirteenth Pan-American Games, that year. 2019 marks the 40th anniversary of this historic match-up, and to celebrate this milestone the NPRDP recognizes the film, Nuyorican Básquet, a documentary that tells the dramatic story of this historic moment. Puerto Rico’s 1979 National Basketball Team was comprised of players that were mainly born and/or raised in New York, the film showcases the contributions of Puerto Ricans from the diaspora and the achievements that can be realized when our collective community unites as one.

The NPRDP will also honor the 61 athletes that comprised Team Puerto Rico at the 2019 Special Olympics, held earlier this year in Abu Dhabi, United Arab Emirates. These impressive athletes competed across 10 sports earning 55 medals for Puerto Rico, including 16 gold, 17 silver and 22 bronze medals. Team Puerto Rico is an excellent example of Puerto Rican resilience and pursuit of excellence as the Island recovered from the devastating effects of Hurricane María.