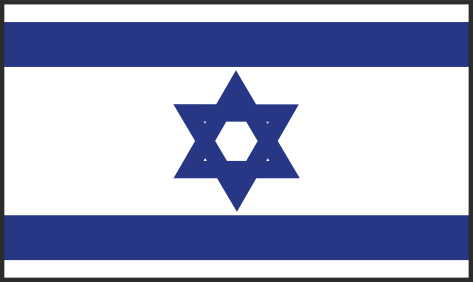 Thousands Of Marchers, Performers, Bands And Floats Set To March Up Fifth Avenue

NEW YORK, N.Y. – The Jewish Community Relations Council of New York (JCRC-NY) today announced that Fifth Avenue will once again turn blue and white on Sunday, June 4, 2017, from 11 a.m. to 4 p.m., as more than 30 floats with musical performers, 15 world-class marching bands and 40,000 marchers entertain hundreds of thousands of spectators for the largest celebration of Israel in the world, the annual Celebrate Israel Parade.

This year marks the 53rd anniversary of what has become one of the largest parades in New York City, growing exponentially each year in attendance and excitement since its founding in 1965.  The Parade is a project of the Jewish Community Relations Council of New York – and is generously supported by UJA-Federation of New York and the State of Israel.

Thousands of supporters of Israel will converge on Fifth Avenue for the Parade, including several top Israeli music artists and guests, including this year’s honorary grand marshal, Mayor of Jerusalem, Nir Barkat, Jewish US Olympic Gold Medalists, and American athletes scheduled to compete at the upcoming Maccabi Games in Israel.

More than 250 organizations are scheduled to march along Fifth Avenue, from 57th Street to 74th Street, including groups of rollerbladers, motorcyclists, dance groups, and juggling clowns.

The 2017 creative theme for marching groups and floats is “Celebrate Israel All Together!”  Each group will feature colorful banners, costumes and props related to the theme in a variety of ways.

For the seventh year in a row, the Parade will be televised live by FOX affiliate, WWOR-TV My9 from 12–2 p.m., and streamed online from 12-3 p.m., so Israelis and Israel supporters throughout the world can watch.

“Since its founding in 1965, the parade has grown to include hundreds of thousands of spectators, marchers, floats and some of the best Israeli entertainers, artists, musicians, dancers and well-known celebrities,” said JCRC-NY Executive Vice President and CEO Michael Miller. “Year after year, the parade never ceases to bring the spirit of Israel to the streets of New York.”

“We are excited for this year’s theme which is Celebrate Israel All Together.  This seminal event brings together the entire Jewish community,” said Jennifer Falk, Judy Kaufthal and Aaron Rosen, co-chairs of the Celebrate Israel Parade. “It’s the only event where we bring together supporters of Israel who are old and young, religious and secular, Ashkenazi and Sephardic, and Israeli and American. Our love for Israel unites us. All together, we celebrate Israel!”

This year’s Parade also opens up new sponsorship opportunities for those wishing to be part of one of the largest parades in the world. Please contact Gianna Bergman, Director of Sponsorships, at[email protected] to find out how your organization can be a sponsor. For information on participating in the Parade as a group, please visit http://celebrateisraelny.org/parade/registration/.